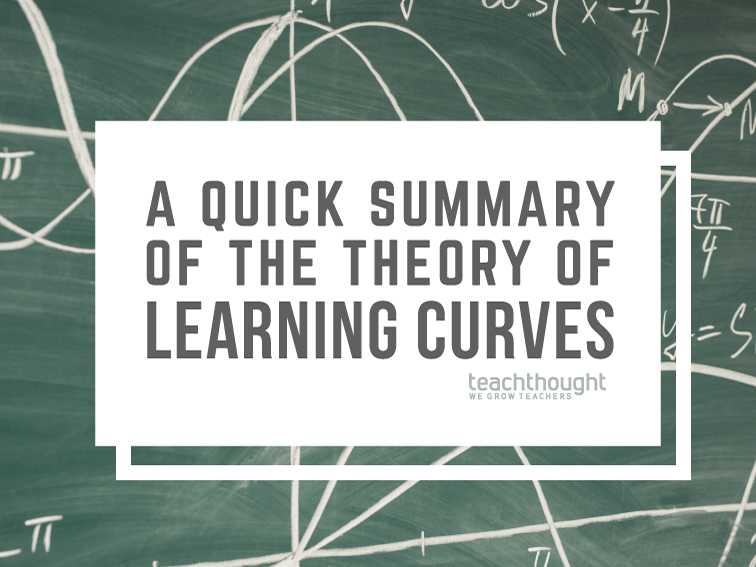 The Theory Of Learning Curves: A Summary

This is number 9 in my series on learning theories.

My intention is to work through the alphabet of psychologists and provide a brief overview of each theory, and how it can be applied in education. In the last post we examined Yrjö Engeström’s Second Generation Activity Theory and its applications to education. In this post, we explore the work of Hermann Ebbinghaus on memory and learning. This is a simplified interpretation of the theory, so if you wish to learn more, please read the associated literature.

The Theory Of Learning Curves

It should be noted that the work of Ebbinghaus is not regarded as a ‘theory’ of learning, but borrows quite heavily from behaviourist theory, as evidenced through the ‘drill and practice’ and reinforcement schedules he recommends. His studies can be considered to represent a ‘model’ or explanation of how memory functions.

We often hear people say they are ‘on a steep learning curve.’ What they usually mean is that they have a lot to learn, not enough time to learn it in, or that they are finding it difficult. The term ‘learning curve‘ actually derives from the work of German psychologist Hermann Ebbinghaus, who studied memory and recall. In fact, he was probably the first psychologist to conduct experimental research into human memory. Ebbinghaus was interested in discovering why when we learn new information, it tends to fade away over a period of time. He referred to this as the forgetting curve and mapped it using graphs.

What he also discovered was that over time, if learning is rehearsed and repeated at regular intervals, we actually forget less. He also found that there is a spacing effect that influences how much we can recall over a period of time. The frequency of repetition and rehearsal, if spaced at intervals, promotes better recall of memory than if the information is presented in one long burst. When expressed statistically, the learning curve, if steep, represents a quick accumulation of knowledge, and rapid progress in learning expressed through recall from memory.

Teachers know that content can be presented in a variety of sequences, but that some sequences are more effective than others. The reason for this is that some kinds of content are easier to remember than others, depending on their difficulty levels as well as their juxtaposition. Teachers should know that primacy-recency effects are often present in the forgetting curve. This means that the first content that is presented in a lesson (primacy) and the most recent content that is presented (recency) are the most readily recalled by learners.

According to Ebbinghaus, difficult concepts should thus be presented first and then reiterated at the end of the lesson. For the more difficult content, regular revision over time can be more effective than a single mass delivery. What is even more effective is when the content is applied in authentic contexts, and where learners have the chance to rehearse and strengthen their recall.  These opportunities can be built into a scheme of work and applied during lessons.

When it comes to revising for an exam, the spacing effect comes into play. It is better to revise content over a longer period of time in the run up to an exam than it is to do last minute ‘cramming’. Memory of information is more resilient if it is made meaningful by the learner.

A Quick Summary Of The Theory Of Learning Curves by Steve Wheeler is licensed under a Creative Commons Attribution-NonCommercial-ShareAlike 3.0 Unported License.

This post first appeared on Steve’s personal blog; A Quick Summary Of The Theory Of Learning Curves