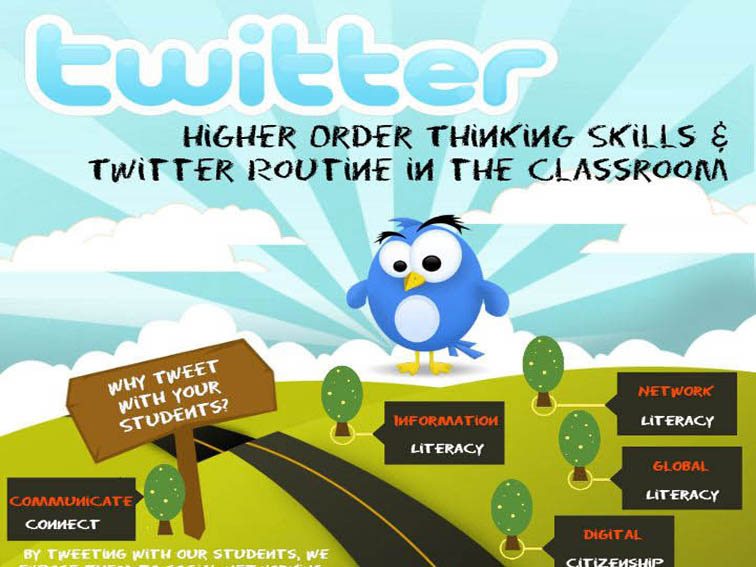 How To Establish A Twitter Routine In Your Classroom

Last year, we took a shot at understanding how twitter could be used across a range of cognitive actions which yielded the twitter spectrum.

langwitches.org has done something similar–albeit a bit broader in nature. In the following graphic, they start with the idea of why a teacher should tweet with students (literacy, citizenship, etc.), then move on to the idea of a ‘Twitter routine’ which helpfully offers some ideas for introducing younger students to twitter.

In this way, the graphic works to clarify why teachers should connect with students on Twitter, then offers simple actions to get started together, and finishes up with a quick look at higher-order thinking skills.

By merging the functions of Twitter with Bloom’s Taxonomy, from responding to short, close-ended questions, to practicing digital citizenship, to participating in backchannel discussions about books, hesitant teachers may see the “cognitive value” of using the social media platform, while those teachers already on board can see some early ideas for making the most of student interaction there.

Update: The previous version of this graphic had a typo, but through the miracle of digital technology, that typo has been corrected. Breathe easy!

Establishing A Twitter Routine In Your Classroom; graphic attribution langwitches.org