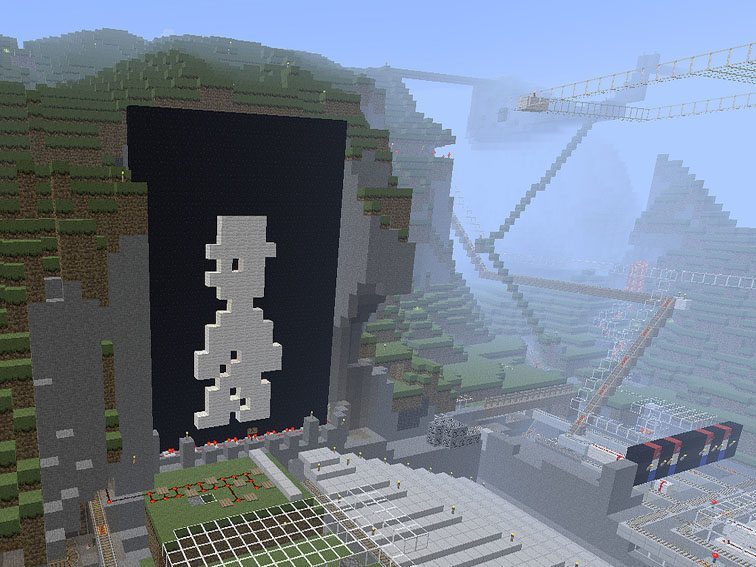 Minecraft is not only a standalone video game that creates a digital sandbox for players to play, create, design, and publish thinking, but it also can be used for a different purpose entirely–to create other video games.

How is this possible? A few facts to clarify:

1. Minecraft is a video game.

2. It allows players to use digital blocks to create almost anything they can imagine.

3. With this capacity, it can then be used to create or re-create other video games, or “circumstances” that have goals, rules, and user interaction. So, by definition, a game.

4. This can be done to create original games from a player’s imagination, or to re-imagine existing games for novice designers.

The video below also includes four other examples of what can be done with Minecraft, including a television (that seems to work), Connect 4, and an interesting experiment in scale.

3 Steps To Creating A Game With Minecraft

Creating a video game with it, then, is as simple as creating the rules to any other “game”:

3. Create some system of player interaction, from simple to complex

The possibilities for using minecraft in learning are staggering really, perhaps only stunted by the perception of it as “just a game.”