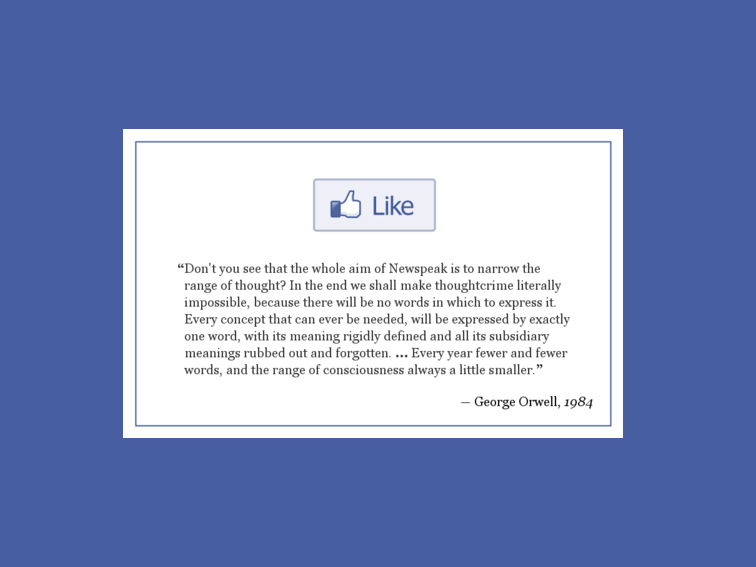 The arguments for and against briefer forms of digital communication are a bit of a dead horse, so there’s no need to rehash.

One thing that makes it interesting is the inclusion of this form of communication into a larger macro pattern, and tying it to a kind of prescience from Orwell so many years ago. It’s certainly not as simple as “social media is making us naive,” or even that is it narrowing our “communication index” (vocabulary/syntax). But it certainly is possible that is impacts our will and tendency to reach beyond “simple” language.

An irony here is that in his rules for effective writing,” Orwell argued for simplicity, conciseness, and brevity. So.

“Don’t you see that the whole aim of Newspeak is to narrow the range of thought? In the end we shall make thoughtcrime literally impossible, because there will be no words in which to express it. Every concept that can ever be needed, will be expressed by exactly one word, with its meaning rigidly defined and all it subsidiary meanings rubbed out and forgotten… Every year fewer and fewer words, and the range of consciousness always a little smaller.