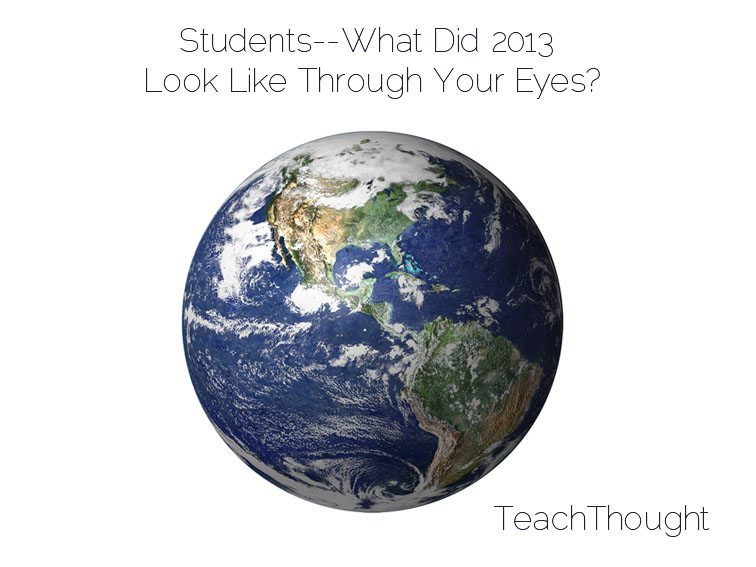 Project Zeitgeist Asks Students, “What Did 2013 Look Like Through Your Eyes?”

From a press release–

(December 6, 2013 – Arlington, VA)  PBS NewsHour Extra is calling on middle and high school students across the country to share their view of the most important events of 2013 in an online digital media contest. The #MyZeitgeist competition was made in partnership with Google and is tied to their annual “Zeitgest” project- which highlights the biggest events of the year as seen through the site’s search engine results.

The deadline for students to submit entries is December 14, 2013.

“Zeitgeist”, a German word meaning the “spirit of the times”, refers to those events people and works that encapsulate and define the greater mood and conversations that define an era.  Using the top search engine searches as its guide, Google creates a video montage that is a joyous, inspiring and sometimes tragic diary of what we’ve accomplished and endured over the last twelve months.

“The youth voice is often lost or ignored. Here is an opportunity to see what 2013 looked like through their eyes,” explained Katie Gould –Teacher Resource Producer for NewsHour Extra. “The Zeitgeist project is a wonderful way for the vision and world view America’s young people to be seen and heard by a larger audience.”

Students will use Meograph – a digital storytelling tool that makes it easy to create interactive video out of video, audio, pictures, text, maps, timelines, and links.

More information about the contest and project is available on the PBS NEWSHOUR Extra website here: http://www.pbs.org/newshour/extra/2013/12/my-zeitgeist-2013/

“Our students are pretty savvy with media and the #MyZeitgeist contest is pushing them to be creative, innovative and thought-provoking in their selection of stories. I love it!” said Carletta Hurt, a teacher at Howard University Middle School of Mathematics and Science.

The video contest winner will win a Nexus 7 tablet, courtesy of Google, and will be featured on YouTube’s education channel and Google’s Google+ page. All submissions must be received by midnight December 14 to be eligible.

Image attribution flickr user donkeyhotey (is this a great name or what?)