The Saddest Game Ever Made

We’ve also explored the unfortunate juvenile connotation of video games, and celebrated the medium’s narrative abilities, consistently over the years primarily because here at TeachThought, we also play them ourselves. A lot. (Fallout 4 and Until Dawn are among the games that currently have our attention.)

If you’ve got an iOS device, there’s a game you should at least be aware of called That Dragon, Cancer.

That Dragon, Cancer got our attention last year on Steam (PC gaming platform), and now it’s available on mobile–which means that there really is no excuse not to play/experience it. The game is “an immersive, narrative experience that retells Joel Green’s 4-year fight against cancer through about two hours of poetic, imaginative interaction that explores themes of faith, hope and love.”

Wired has already done a fantastic deep-dive into the game’s creation, but it gives a lot of the game away–which is also kind of okay because the game isn’t about action or suspense or points or levels. It’s about a child’s battle with brain cancer–and it’s even more gut-wrenching to play than you’d expect. 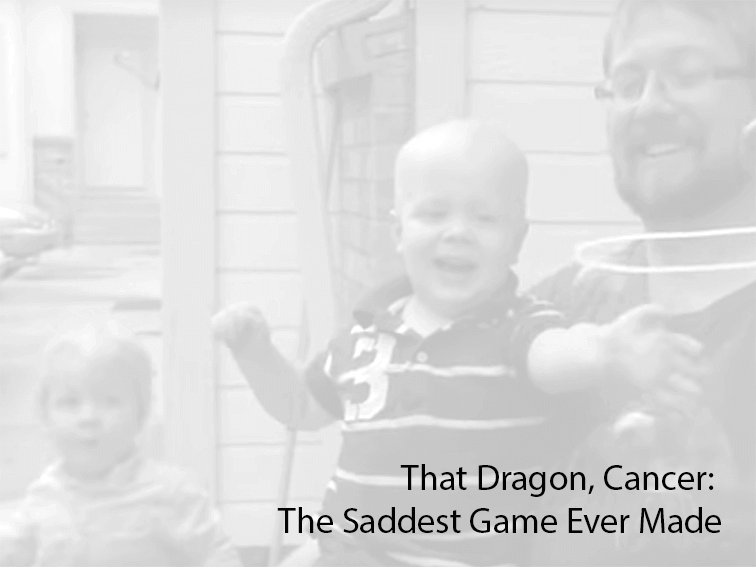 A brief overview appears below.

“Green began working on That Dragon, Cancer in November 2012. Joel, who had been diagnosed with a rare and aggressive form of cancer just after his first birthday, was approaching the age of 4. Green and his wife, Amy, lifelong devout Christians, saw this longevity as a miracle; back in November 2010, when Joel developed a new tumor after several rounds of chemotherapy, the doctors had declared him terminal, placed him on palliative care, and given him at most four months to live. The Greens had spent much of the next two years celebrating small victories and enduring crushing setbacks. Tumors that shrank, or even disappeared, then reemerged with greater vigor months later. Steroids that filled Joel with a powerful rage. A tumor that pressed on Joel’s optic nerve, causing his right eye to turn inward.

Green’s idea to make a video game about Joel came to him in church, as he reflected on a harrowing evening a couple of years earlier when Joel was dehydrated and diarrheal, unable to drink anything without vomiting it back up, feverish, howling, and inconsolable, no matter how Green tried to soothe him. He had made a few games since then and had been thinking about mechanics, the rules that govern how a player interacts with and influences the action on the screen. “There’s a process you develop as a parent to keep your child from crying, and that night I couldn’t calm Joel,” Green says. “It made me think, ‘This is like a game where the mechanics are subverted and don’t work.’”

You can find That Dragon, Cancer on facebook as well.