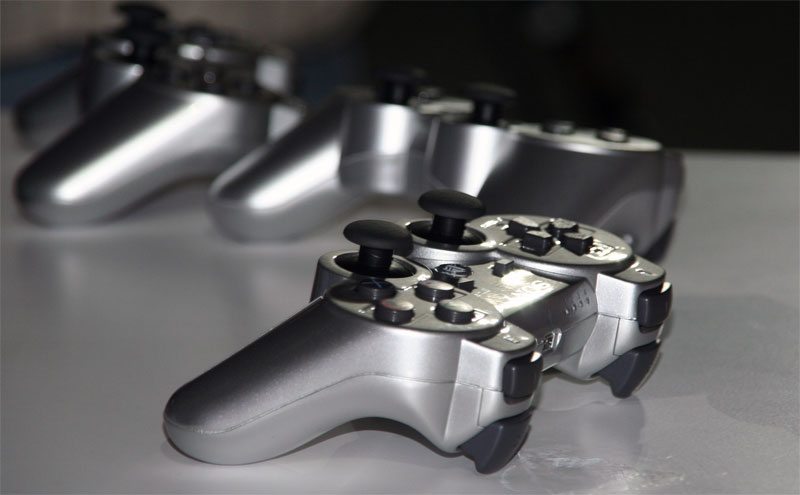 The Problematic Connotation Of Video Games

Perhaps more than any other media form, video games suffer from connotation.

While sourced directly from a stunning convergence of art and technology, the public perception of video games drips with the juvenile, evoking images of–depending on your age–Pac-Man, Mario, or the Grand Theft Auto series. Their time in the public spotlight is usually brief, and tangled with inevitably tilted discussions on children, violence, impression, and even Constitutional rights.

This misses what makes gaming such an engaging rhetorical form–and the explosive evolution of video games as an interactive narrative medium.

Rainbow 6 is an upcoming game from developer Ubisoft Montreal that not only allows interaction (a player manipulating a digital avatar to in pursuit of some goal), but also seeks to tell a story in a way that books, poems, or music cannot.

The lead-in from the full text (seen here at Game Informer, by Matt Bertz and Jeff Cork):

“Americans are angry. And why shouldn’t they be? With an exponentially expanding national debt, crippling foreclosures, corporate bailouts, degrading infrastructure, dwindling job market, and widening income gap between the haves and the have-nots, it’s getting harder to believe politicians when they speak of American exceptionalism as if it were a fundamental truth.

“In response to gradual erosion of our beloved nation, resentful citizens of all kinds of political backgrounds are rising up in the form of new political movements like the Tea Party and Occupy Wall Street. But unlike the 1960s, when protests and activism resulted in the discontinuation of the military draft, the Civil Rights Act, and the sexual revolution, the contemporary bickering government parties have proven largely ineffective at slowing or reversing the downward trajectory.

Not your typical shoot-the-aliens—or even nameless “terrorist” context.

“In previous games, allowing a civilian to die was game over. Now you’re not exempt from tough situational decisions. Do you kill one civilian now and potential spare hundreds of lives, or is the lone human life too critical to lose even if it means thousands others may meet their untimely deaths down the road? In Patriots, you make the call.”

The story finishes with a play-through of an early draft of the game, in video game language called a “build”:

“Our live game demo (of the game) doesn’t start with Team Rainbow sated in the back of the chopper outside a facility surrounded by police. Instead, our first glimpse comes from the perspective of a well-to-do real estate investor sitting in his idyllic American home. Judging by the polished wooden floors, larhe HDTV, and the iPad-like tablet sitting to his right, this guy is living the good life.”

Continuing, the main character is presented a cupcake for his birthday.

“Happy Birthday. Go on, blow it out,” she says. Like a scene out of Heavy Rain (another immersive, heavily narrative video game), the player is given the option to blow out the candle or stroke his wife’s cheek.

“These types of ‘bad or worse’ situations define the story campaign in Rainbow 6 Patriots. Given the sensitive subject matter of Americans turning on each other, we asked the team if they were prepared to face a media controversy propagated by news networks that move so quickly and ignorantly to condemn video games as youth-corrupting trash. We can see the sensational headline now: ‘Liberal Game Publisher Paints Tea Party as Terrorists.”

“Why can’t a game be smarter? Why can’t a game embrace issues? We’re not coming down with any kind of ruling or judgment about any of this. We’re letting people talk amongst themselves. We’re making a game that we want to provoke discussion and deeper thought. We certainly welcome the opportunity to talk intelligently and thoughtfully about the mature subject matter. As the game industry evolves, we’re going to face these issues more and more often.”

As technology progresses, media forms will likely evolve but the rhetoric behind them will not. Video games are simply a media that are both interactive and digital. By some odd consequence of consumerism, sound, and color they were “given” to children first, and invariably (and unfortunately) any evaluation of games as a media form turns to the needs of children.

The more important–and more fruitful–discussions will continue to focus on a media form that is increasingly interactive, inter-textual, and full of self-directed scaling up and down Bloom’s taxonomy in digital acts of application, analysis, synthesis, and evaluation.