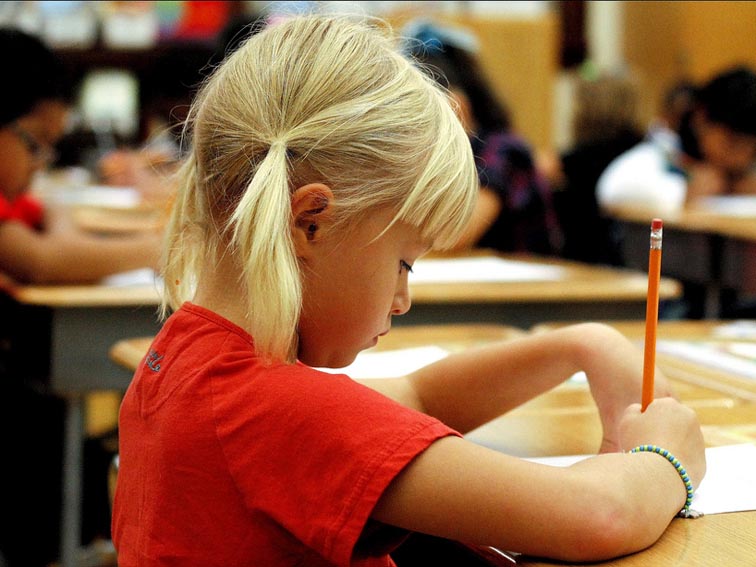 The Real Problem With Multiple-Choice Questions

The multiple-choice problem is becoming a bit of an issue.

While it has been derided by educators for decades as incapable of truly measuring understanding, and while performance on such exams can be noticeably improved simply by learning a few tricks, the multiple-choice question may have a larger, less obvious flaw that disrupts the tone of learning itself.

This is a tone that is becoming increasingly important in the 21st century as access to information increases, as the updating of information happens more naturally, and as different types of blended learning and mobile learning environments become more common.

Learning depends on a rather eccentric mix of procedural and declarative knowledge — on the process as much as the end product. Students are often as confused by teacher instructions or activity workflow as they are by the content itself. Keep a tally of how often student questions are related to the logistics of the assignment versus the content itself. You might be surprised.

The process of mastering mathematics, for example, is served as much by a consistent process of practice as it is the practice itself. If learning is the result of acquiring ‘new data’ and organically folding it into ‘old data,’ how students come to that new data is incredibly important. They are best served by a short, taut line between student and content-to-be-mastered. Even the transparency and apparent relevance of a classroom activity factor into the ‘value’ of a learning experience as much as how cleanly that activity aligns with an academic standard.

This all emphasizes the value of uncertainty in learning.

There is nothing wrong with being uncertain.

In fact, it has often been said that the more a person learns, the less they’re ever sure of. This shouldn’t mean that students always lack confidence, but rather the opposite: that all stakeholders in education clarify that learning is a messy process chock-full of uncertainty, iteration and revision, and that anything tidy stemming from this untidy process should be questioned.

This shines a spotlight on multiple-choice questions, and not purely as an attack on them. There have been enough studies done to show that a well-written multiple-choice question actually measures understanding fairly well. But in the 21st-century, change is happening at an incredible pace. Access to information is disrupting traditional processes and their related mechanisms.

Printed texts have gone from being the final word to simply one step in an endless chain of making information public. Texts are now merged with moving images, hyperlinked, designed to be absorbed into social media habits, and endlessly fluid. From an essay to a blog post, an annotated YouTube video to a STEAM-based video game, a tweet to digital poetry, the seeking and sharing of ideas is an elegant kind of chaos.

As a result, media are more dynamic than ever before — and thus a bit ‘uncertain’ themselves.

The Tone of Learning

But the real issue here isn’t one of assessment design as much as it is looking at the overall tone of learning.

In the 21st-century, networks are a kind of collective wisdom — or at least they can be. How you connect with others automatically informs how you’ll connect with their ideas. If digital interdependence doesn’t completely change both sociology and education over the next 25 years, we might need to go back and see what happened.

It alters the tone of learning, shifting it away from a constant process of reconciling old thinking with new data, and toward something of a pitch-and-fetch scenario. One question, four answers, and only one of them is right.

Just point to the right answer.