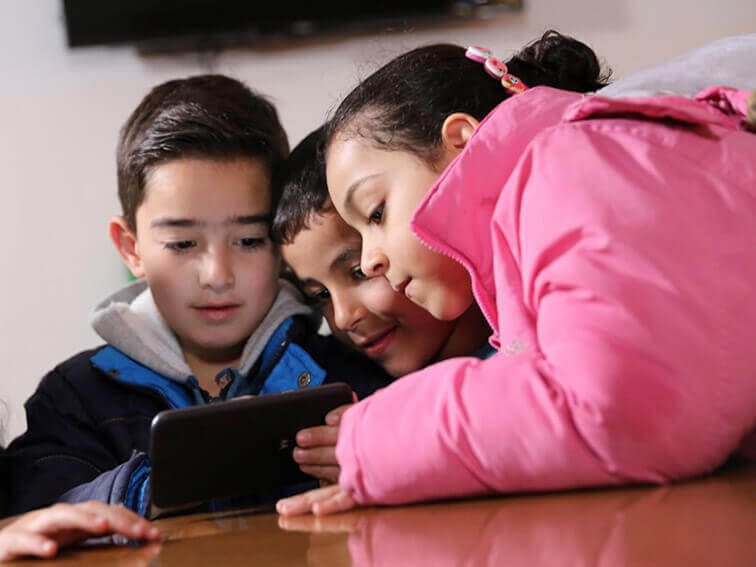 Oslo/Washington, DC (March 20, 2017) – A Norway-led coalition today announced two winners of the EduApp4Syria innovation competition and the worldwide release of open-source Arabic literacy learning games Antura and the Letters and Feed the Monster. Both games are now available for free download through Google Play and the App Store.

The EduApp4Syria competition was launched in January 2016 as a challenge to game developers and pedagogical experts around the world to create smartphone applications that can build foundational literacy skills in Arabic and improve psychosocial well-being for Syrian out-of-school children aged five to ten. Downloadable learning games such as these can be accessible to war-affected Syrian families, as smartphones are widely used.

“All children have the right to education. We wanted to find new, effective and innovative ways to meet the critical need for literacy learning options for the estimated 2.5 million Syrian children whose education have been disrupted by six years of conflict. We must act now or we stand to lose an entire generation with huge long-term developmental effects,” said Norwegian Minister of Foreign Affairs, Mr. Børge Brende. “Norway is now looking into how we can develop the use of learning Apps in humanitarian crises further. We are hopeful that stakeholders in the private sector, governments and international aid organizations will embrace these as global learning resources. Every child that learns to read and write, have the potential to contribute positively to society,” the Minister said.

The competition sought highly engaging and user-friendly applications, so that young learners can stay focused and have a fun, positive and motivating experience playing the games with minimal adult supervision. Addressing the innovation challenge required a broad spectrum of expertise within the competing teams, including pedagogical, psychological and Arabic language expertise, as well as game development, publishing, and marketing. Consequently, both the winning games are a result of collaboration between several institutions.

“Through this competition, we were eager to engage problem solvers from around the globe to develop an innovative, mobile solution to respond to the needs of displaced Syrian children who are out of school or struggling in new schools.  These children, who are innocent victims of one of our generation’s greatest humanitarian crises, deserve our very best thinking and efforts to help them overcome the challenges of not being able to regularly attend school,” stated Richard Stearns, President of World Vision in the United States.

In addition, UNICEF Ventures’ Office of Innovation will provide funding and serve as technical advisor for field testing of select applications. For more information about the EduApp4Syria competition visit norad.no/eduapp4syria and AllChildrenReading.org.