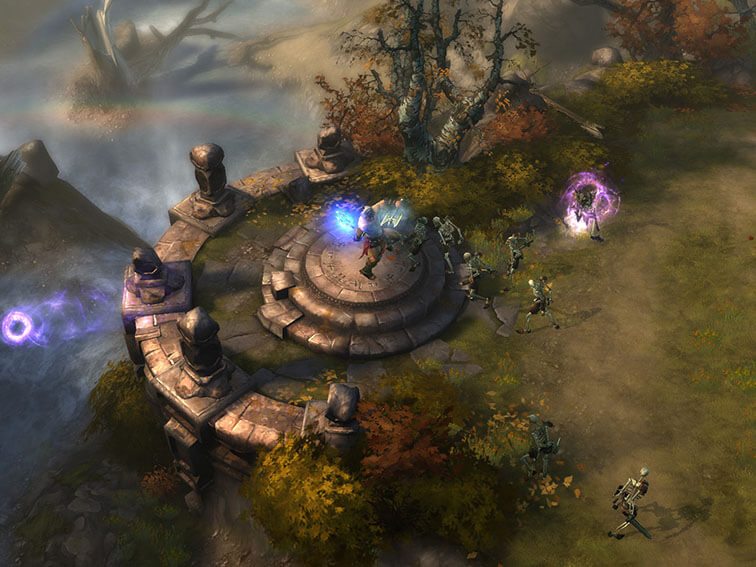 Video Games Can Teach Your Students

Part 2: Video Games Engage, But Accessibility Can Be A Challenge

Part 3: On Gender Views, Language Barriers, And Teaching With Video Games In Japan

Ed note: The post below is part 1 in a 3-part series on the reality of teaching with video games.

I know. I live in Japan but I still can’t speak Japanese very well. Oh, I can understand some important words (the word for “deported” is important to know!), but I rarely have to say much in Japanese in my everyday life. Japanese people don’t really speak English. Their education doesn’t emphasize it. The classes are mostly taught in Japanese!

Instead, students are taught to translate so they can understand. The same goes for my online “classes,” in that I’m mostly asked to do multiple choice questions based on my ability to translate what I read or hear. That means that most of my conversations end up looking like a scene from Star Wars, where my conversation partner and I are both speaking in different languages but apparently can understand each other just fine. When everything’s translated, it’s hard to stay motivated.

This applies to the US as well. Why learn a foreign language when one of the two countries we share borders with mostly speaks English? Everything gets translated into English anyway, right? And on a daily basis, we don’t usually have to use a foreign language. In Japan, the situation’s basically the same, except there’s a sense of shame about being monolingual when your government constantly tells you it’s important and mandates you learn the language for six years (or longer with the new generation).

Just being told a subject is important isn’t enough. If so, I’d be much better at math, my weakest subject. Aside from the basics, the only time I remember using more advanced math was when I was playing a Pokemon game in high school. Despite the cute appearance of the monsters, the mechanics involved in raising the digital creatures use  some slightly difficult algebra. I didn’t get the formulas on the test, but I went back to the books long after so I could raise the best digital blood-sport-beasts possible. That’s the power of motivation.

This isn’t anything new though. We know inherently that motivation helps, and there’s been a lot of studies on the subject. In fact, I did an interview with to two researchers, Dr. Liss Kerstin Sylvén from the University of Gothenburg and Dr. Pia Sundqvist from Karlstad University, about language acquisition. Their focus was on “extramural English”; English used outside the classroom for non-academic purposes. That is, students using English for fun, and naturally, students who did this outperformed students who didn’t. Their activities ranged from television to games to social media, and games seemed to most strongly correlate with language improvement.

When writing another article on Dr. Rachel Kowert and Dr. Thorsten Quandt’s The Video Game Debate, education and games once again popped up, with motivation once again being a central idea in their chapter on education and games. It’s not perfect, but one thing games can do that many other media can’t is to simulate another activity. For example, in Oregon Trail, through text, you experience what it was like to cross the country with, to be polite, less modern conveniences.

We’d read the dry descriptions and a few journal entries, but it wasn’t as engaging as the simple simulation the game presented. My sister nearly always died of dysentery, a word I never looked up in class until the teacher let us play the game to experience the harsh reality of the situation. I can’t actually fix a wagon, but I learned the names of several parts and how they functioned because, in order to best enjoy the game, I was motivated to learn about what was going on. This is also why, mostly due to the popular perception of all games being violent, people fear that games are damaging to children.

Let’s give the harshest critics against games their biggest argument though: games can teach kids to become soldiers. It’s crazy since games rarely take into account something like the kick of a gun and how to load ammunition, both of which can make using the firearm potentially lethal for the user, but that’s fine, because here’s the thing we can’t argue then: it teaches. In fact, Dr. Kowert and Dr. Quandt’s book even notes that games that explicitly point out to players when they perform a morally reprehensible action, they tend to at least feel bad, if not avoid that action in the future. That is, games can also teach morality. The recent popularity of a game called Undertale, in which you can choose not to kill anyone for a happy ending or kill everything and experience a tragedy, shows that not only can a non-violent game can teach players to “play nice,” but it can be highly enjoyable as well.

If students can learn shooting and morals, why not math? My algebra skills actually improved a bit due to a summer of pokemon. Why not mythology? I learned a lot of names and places from various RPGs. Why not language? I learned to read two of the Japanese writing systems because I imported a Japanese game and spent about two months glued to the screen and a dictionary so I could understand it long before amateur translators would disseminate their scripts.

There are some problems with this however, which we will get into tomorrow in Part 2.

Video Games Can Teach Your Students