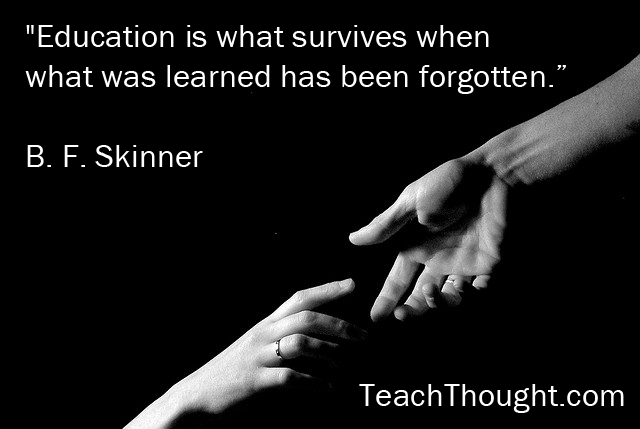 Forty-five states and the District of Columbia have adopted the Common Core State Standards which set a framework for what concepts, and skills should be mastered in math and English-Language Arts in K – 12 education.  The National Science Teachers Association and the National Research Council have released a set of K-12 science standards that similarly stress acquiring a deep understanding of concepts through analytical scientific inquiry.

These standards call for more rigor, complex reasoning, problem solving and critical thinking than traditional learning.  Much effort is being expended by publishers, e-book developers, curriculum designers and staff developers to revise and align curriculum, train teachers in how to engage students with greater rigor, complexity, abstract reasoning and to develop strategies that will assess student’s deepened understanding and ability to find relationships, connections and patterns among diverse sources.

We believe, however, that school subjects such as math, science, social sciences and literacy provide not only desirable conceptual understandings, they also provide opportunities with which students can experience wonderment, intrigue, and a desire for lifelong learning. Along with such standards and expectations, we must also focus on those “bigger” outcomes—the long-term transfer goals and the qualities of mind–that it is hoped the study of such school subjects promotes.  Assessments should illuminate growth in the qualities of mind or “dispositions” that the subjects produce, as well as the content of the discipline.  The focus is not only learning of the standards but also learning from the standards.

The purpose of this article is to recommend that the larger more enduring reasons for having students toil with more rigorous projects, problems and tasks, should be about how they become more rigorous thinkers as a result. They must develop the skills, stamina and resilience in preparation for dealing with the chaotic problems of life beyond school. The long range goal is to develop self-directed individuals with the capacity to respond rigorously to challenging problems in their future and to employ thoughtful, metacognitive strategies of dealing skillfully with life’s uncertainties, confusing, and ambiguous situations for which there are no immediate, obvious, simple solutions. When confronted with the complexities of life, successful individuals will employ their mental capacities, draw on these “preparatory” learnings and distill and connect information and concepts from a range and variety of sources.  McTighe and Wiggins (2012 p 4) state:

“Transfer Goals, identifies the effective uses of content understanding, knowledge, and skill that we seek in the long run; i.e., what we want students to be able to do when they confront new challenges – both in and outside of school. They reflect the ultimate goals, the reason we teach specific knowledge and skills. Unlike earlier generations of standards where transfer goals were implicit at best, the Common Core Standards have made them more overt. Indeed, the College and Career Anchor Standards in ELA specify long-term transfer goals, while the Mathematics Standards strongly suggest a goal such as, Students will be able to use the mathematics they know to solve “messy,” never-seen-before problems using effective mathematical reasoning.” 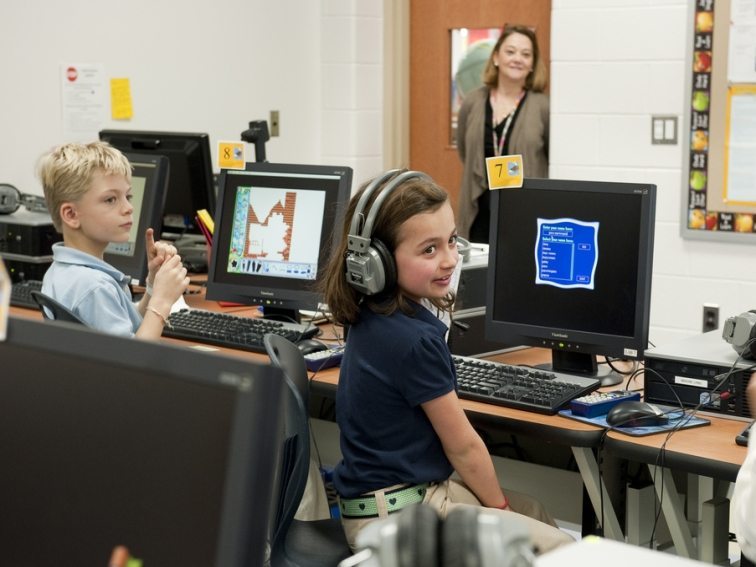 We need to prepare students for a vastly different future than what exists today. With better health care, stem-cell research and conquering diseases, today’s kindergartners will be living well into the 22nd Century. There is a confluence of thought and research pointing us in this direction.  Numerous authoritative futurists, neuroscientists, educators, and sociologists make reference to the need for problem solving, creating, innovating, and communicating.  Although these authors use different terms, they share much in common. Pink (2009), for example, refers to the keys to internal motivation as autonomy, mastery, and purpose; Tony Wagner (2008) calls for:

2. Collaboration across networks and leading by influence

Advocating for college and career readiness, David Conley (2010) refers to a set of “key cognitive strategies” that enable students to apply what they know and what they are learning in complex ways, as well as develop the ability to manage themselves (e.g., goal setting, time management, being persistent, etc.) He identifies such dispositions as:

Michael Roth,  (2012) President of Wesleyan College, in his article  “Learning as Freedom,“ calls specifically for habits of mind. Research in neuroscience, reported in Paul Tough’s book: How Children Succeed, (2012), suggests a strong relationship between a child’s capacity to succeed and the ability to persist, to manage impulsivity and to communicate-–even when his or her life is so damaged through poverty and neglect that the will for school work is limited. 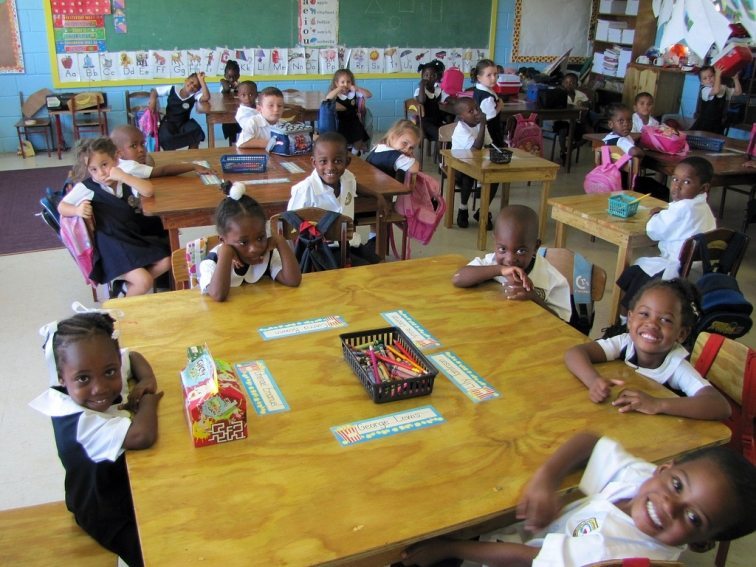 What do they all have in common?  Distilling from such lists as those above, from interviews with classroom teachers from around the world and from studies of efficacious, resilient problem-solvers, some of those qualities of mind include such dispositions as (Costa and Kallick, 2008), (Claxton et al, 2011):

“ ……acquired patterns of behavior that are under one’s control and will as opposed to being automatically activated. Dispositions are overarching sets of behaviors, not just single specific behaviors.  They are dynamic and idiosyncratic in their contextualized deployment rather than prescribed actions to be rigidly carried out.  More than desire and will, dispositions must be coupled with the requisite ability.  Dispositions motivate, activate, and direct our abilities.”

When students are aware of these dispositions, develop the capacities and strategies to operationalize them and see the value of using them in those “messy” situations, they are more likely to attack new problems with optimism, efficacy and a renewed confidence for the possibility of success. 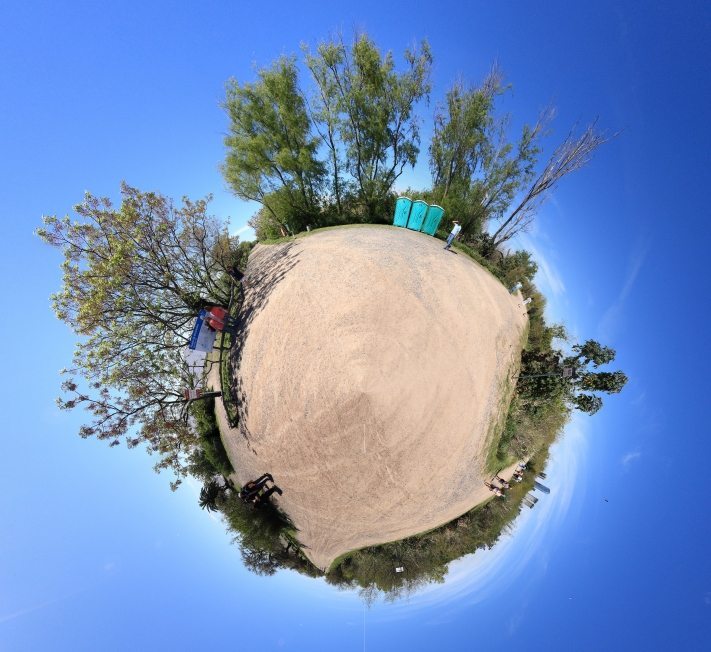 The display these types of dispositions become apparent when students confront “messy” problems the answers to which are not immediately known.  Teachers must present or illuminate challenging problems the purpose for which is to have students engage skillfully in a variety of authentic, rich activities that require strategic planning, creative approaches and the application of organized, multiple and complex thinking skills.  Such tasks might involve, solving a problem, making a decision, constructing meaning, and/or creating something new such as a product or strategy.  All of these tasks have the ultimate effect of engaging metacognition—the students’ internal mental executive processes.

Because we are all on a continuous journey of growth, dispositional learning requires continuous on-going formative assessments.  Different students are at different stages in their development of these dispositions.  Some students are more inclined   to display these dispositions than others.   Presenting students with rich tasks described above, and then observing their performance, teachers and parents may infer the degree of internalization of the dispositions.  Of even greater importance than the teacher’s observation is that the student values the dispositions so that they self-assess their own performance and make a commitment to self-modification and set goals for personal growth.

What is missing with the Common Core State Standards is the courage to shift our mental model from limiting our assessments of student performance to the short-term goals of a cognitive curriculum to expanding our assessments to the long-term, meta-cognitive curriculum of dispositions.  We might call this a global core curriculum since it is central to learning in this highly interdependent global economy.  So, the real intent of such rigor is to make the world a more thought-full place.

Costa, A. and Kallick, B. (2008) Learning and Leading with Habits of Mind: 16 Characteristics for Success. Alexandria, VA: Association for Supervision and Curriculum Development.

Pink, D. (2009) Drive: The Surprising Truth about What Motivates Us. New York: Penguin.

Ritchhart, R.  (2002) Intellectual Character:  What it is, why it Matters, and How to get it.  San Francisco: Jossey Bass

Wagner, T, (2008) The Global Achievement Gap: Why Even Our Best Schools Don’t Teach the New Survival Skills Our Children Need–And What We Can do About It.  New York:  Basic Books

How To Create An App Library