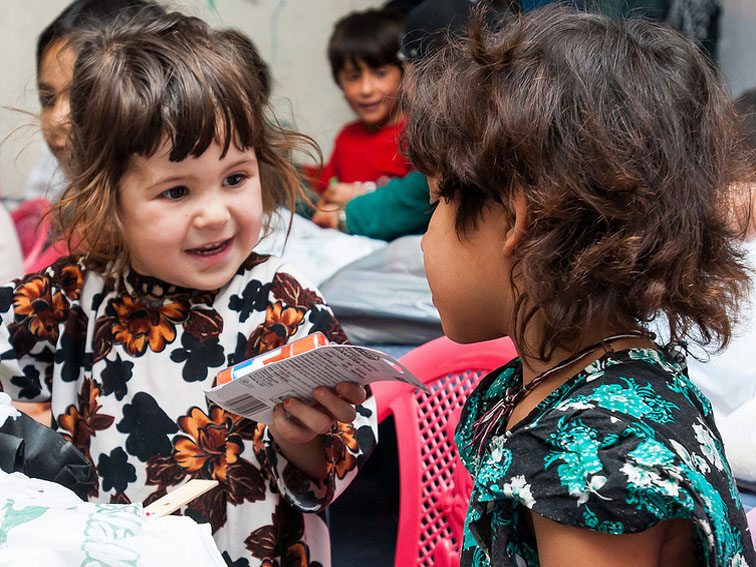 Technology has changed the world’s landscape.

President Barack Obama explains, “In a 21st-century world where jobs can be shipped wherever there’s an Internet connection … a child born in Dallas is now competing with a child in New Delhi.”

As teachers, educators and mentors we need to prepare students for a world where borders between continents are blurred, where companies will be formed over the Internet and where learning about other cultures in classrooms will be as ubiquitous as learning to read.

To illustrate the urgency of teaching global education in your classroom, we have gathered seven statistics that just might surprise you.

One Takeaway: As technology makes our world more accessible, and because classrooms are increasingly diverse, students recognize the need to understand the cultures of others, as well as their own.

2. Nearly all (98 percent) of students in a recent survey agreed that a strong understanding of world history and events is critical to developing solutions to a global problem.

One Takeaway: Students are interested in being better global citizens. Learning about world events in the classroom allows them to study the past in order to change the future.

3. Research shows that students who learn about global issues are more than twice as likely to see the importance of personally taking social action.

4. Nine out of 10 students, teachers and industry leaders recognize that jobs are becoming increasingly international.

One Takeaway: There is broad understanding that globalization results in companies that are more diverse than ever before.

One Takeaway: Students are correct in recognizing that jobs are becoming increasingly international. The number of multinational corporations continues to rise as developments in technology and transportation revolutionize the work force.

One Takeaway: English is no longer the dominant world language. For students becoming global citizens, knowing a second language will be critical.

7. Only one-half of students in the U.S. study a world language compared to Europe where 90 percent of students study at least one foreign language.

One Takeaway: European schools are creating bilingual students who will be seen as much more valuable to multinational companies. In the future, people will be expected to speak more than one language in order to successfully compete in the workplace.

Kanista Zuniga – Kanista is a former ESL/EFL teacher in the U.S. and Japan, traveler, tennis player, culture and language enthusiast and global education advocate. Kanista is the Learning Center Manager at VIF International Education and works alongside Michelle to support all global educators in the VIF professional development community. For more global education resources follow VIF on Twitter @viflearn.

Michelle Macumber – Michelle is a global educator, travel lover, volunteer addict, true Canadian (proudly living in the Southern U.S.) who loves family, friends and keeping (really) busy! Michelle is the Learning Center Community Leader at VIF International Education where she works alongside Kanista to engage and support all members in their development as global educators.