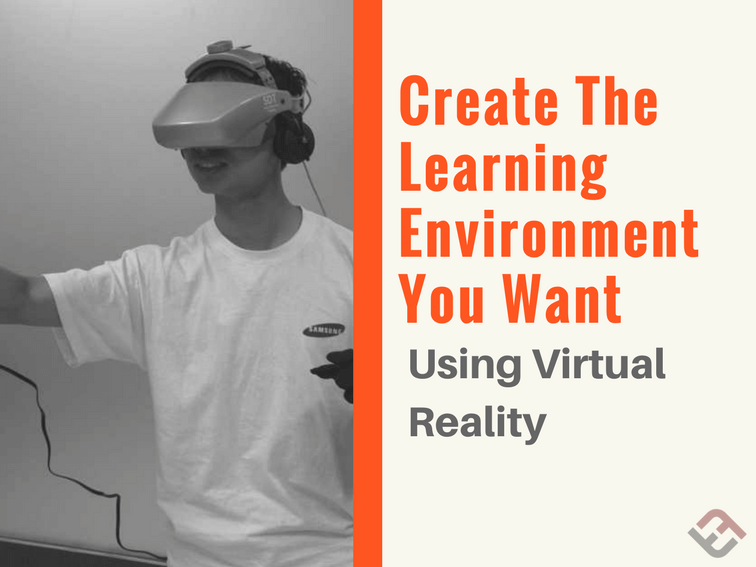 I have wonderful memories of my high school Chemistry teachers.

As a teenager in the 1990s in Britain, I have memories of them using science to blow things up, inadvertently set fire to themselves or (even better) getting our own hands on (and in) a set of dissected sheep lungs. Having also been on the other side of the fence as a teacher, I have equally wonderful memories of a colleague regaling me on how he caught another teacher only moments away from putting a whole block of Sodium into a water bath.

The Future Or The Present?

Aside from blowing up the science lab, this would also likely have angered the school accountant by using up the department’s entire supply of Sodium! Point is, there are many opportunities that we are forced to overlook within schools, and a variety of reasons why. However, I hope to make the case that this is now more a problem of perception rather than reality.

See also Why Virtual Reality Is So Important

Back when I was that awkwardly mustached teenager, a popular 90’s movie made promises of a slightly dystopian vision of the future. It concerned a handsome scientist (played by a pre-007 Pierce Brosnan) who subjects a mentally challenged gardener ‘Jobe’ to virtual reality (VR) experiments.

Virtual reality helps poor Jobe’s mental abilities improve to superhuman levels, but the downside is that Jobe becomes a homicidal megalomaniac. Many will remember ‘Stephen King’s – The Lawnmower Man’, and perhaps remember (despite the movie being largely unwatchable) the feeling that we were on the verge of VR becoming a reality. 25 years on and are we there? I would argue that we are.

What does this mean for us as teachers?

Create The Learning Environment You Want

Imagine a perfect world, it’s easy if we try. As a Geography teacher, in that perfect world, I would have my students put boots on the ground in the places that we study. If they could see and hear a place, it would add a new depth to their understanding of the Geography of Bangladesh, Bangkok or Brasilia. Correspondingly, a History teacher would likely have their students visit present day Tian’an’men, Berlin or Pearl Harbour, or have them meet those key actors in events of the past.

The Music teacher might want their student to try instruments which run into the 1000’s of Pounds, our Art teacher might buy supplies they once thought unobtainable, Math, P.E. and Drama teachers…… all have their own personal vision of nirvana. Teachers are not usually lacking in ideas to spend money. Maybe your ‘perfect’ school would introduce a Service Learning opportunity in Sub-Saharan Africa or introduce more Vocational Based Learning opportunities? Virtual reality can accomplish all of these, from the comfort and safety of the classroom.

Virtual reality systems are now both expensive and cheap, depending upon what you want to do with them. The amazing free programs Google Earth VR and Tiltbrush will require a high-end gaming PC and VR headset, but if a school purchases a gaming laptop, as mine has, then the system will be portable enough for moving between classrooms and departments.

On the other hand, students using their own smartphones and the Google Cardboard headset will cost schools less than a $15. There are some very powerful experiences that you can access for that fairly frugal outlay; the United Nations have commissioned a few of them.

Labster has a range of virtual reality experiments students can try that require nothing more than a laptop.

Tips For Using Virtual Reality In The Classroom

Having introduced my own school to virtual reality, I can offer up some of its central tenets and some guidance for others looking to do the same.

First, imperative to the success of any project is including as many stakeholders as possible into the initial plans for using the equipment. Furthermore, virtual reality is for everyone, not to be locked and guarded like ‘the precious few.’

2. Use centers and grouping

Practically–when scaffolding students into virtual reality–classroom teachers can adapt a ‘Centers Model.’ In this model, virtual reality is a “center” that students rotate through, typically in a small group. They may also use a ‘Team Model.’ This model falls into more of a game-design, collaborative design-team type.

The final tenet is teachers having a specific reason for engaging with virtual reality in the classroom, with clear objectives being a key element into making virtual reality meaningful.

At the moment, there are very few experts offering training at the Secondary Education level – I taught myself and will try and fill that vacuum for others. I believe that Virtual reality isn’t the domain of the ‘perfect world’, 90’s science fiction, nor is it merely here to stay in the high school world.

Many students will be using this routinely at university and in their professional lives. It would make sense for us all to embrace this sooner rather than later. If we do this and do it well, we have the potential to not only create that perfect world for the wealthiest of school institutions, but for the increasing number of students globally who have access to technology.

In doing so we and virtual reality can change the world.