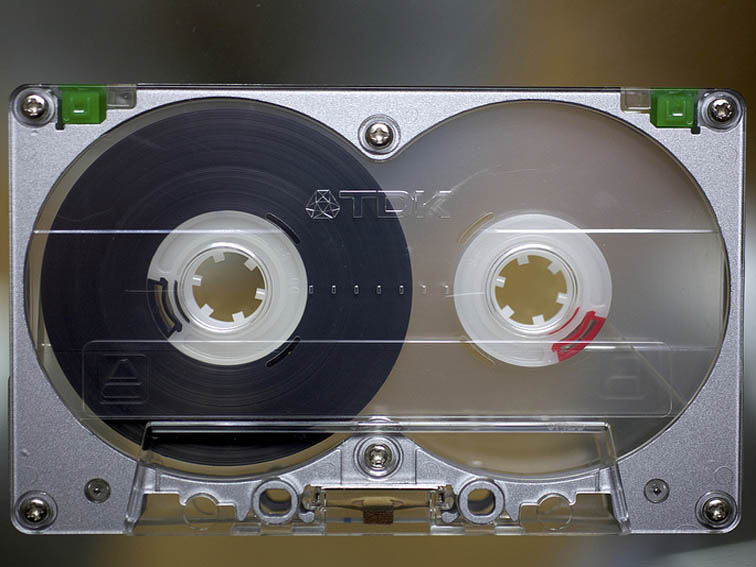 While there’s no denying that progress is a wonderful thing, the rate at which the world is changing is creating an environment in which objects that were commonplace to today’s parents will be virtually unheard of when their babies become adults. These are 10 simple things that Generations X and Y took for granted, but are likely to be complete mysteries to children born in 2013 as they reach maturity.

1. What The “Save” Icon Actually Represents

The little square icon that denotes a the “save” feature in any word processing program is immediately recognizable to today’s adults, but children born in 2013 will never understand that it’s designed to resemble a 3.5 floppy disk. In a world of flash drives, the icon now symbolizes a piece of dead technology.

2. How To Operate Rotary Phones

Unless one of today’s babies has a great-grandmother that’s still holding on to an old rotary relic, there’s little to no chance of them ever encountering one outside of old movies. By the time the infants of 2013 are adults, in fact, they may not even remember a time when homes had landline telephones at all. Kind of make’s that scene in It’s A Wonderful Life when Mary and George were on the phone together talking to Sam all the more endearing, doesn’t it?

3. Why VHS Tapes & VCRs Used To Be Amazing

As cloud storage becomes the wave of the future, even physical copies of DVDs and CDs are becoming more rare. The same VHS tapes that Gen X-ers grew up collecting are little more than relics now, meaning they’ll be all but unrecognizable to the generations of tomorrow. But at one point, these little wonders meant you could watch what you want when you wanted instead of waiting for it to show up while you happened to have the television on and turned to the right channel.

If you’re above the age of 25, you probably remember a time when cell phones were prohibitively expensive and pagers were all the rage. (Page me 911 if it’s important.) These days, you’d be hard-pressed to find a pager that’s still in operation.

5. The Joy Of Cassette Tapes

Spending an evening meticulously crafting a mix-tape playlist or waiting for hours to catch your favorite song on the radio so that you could record it onto a cassette is probably a cherished memory. It’s also one that today’s kids will never be able to fully understand, because cassette tapes are all but extinct. Which is a shame, because who didn’t love taking 45 seconds to rewind your favorite song, then going too far because you forgot and having to spend another two minutes finding it again.

6. How To Use A Card Catalog To Look Up A Reference Book

When kids need to find a fast fact or research a report today, they turn to the Internet and their favorite search engine. The art of searching through a card catalog to find the reference book you’re looking for, and then combing through it for information, is one that will likely be lost to a significant portion of tomorrow’s youth. Good riddance, we say.

When every phone has GPS capabilities and every child has a phone, it will be difficult to understand that people were still routinely getting lost or writing down questionable directions as recently as the early 2000′s.

Kids of the 1980′s and 1990′s remember a time when the lineup of MTV still consisted largely of music videos, with a few reality shows and special programming aired sporadically. Today, there’s almost no music on what was once Music Television, and the only people around to savor the irony are you and I.

9. How To Execute A Perfect Prank Call

Before the advent of caller ID, kids would get their kicks with a few good-natured prank calls. It’s a pastime that’s ethically dubious, but isn’t likely to even exist by the time today’s little ones are teenagers. These days they cyberbully. Progress!

With directory assistance at your fingertips and every smartphone featuring a web browser, when was the last time that you even opened a phone book? By the time your children are adults, they may not even remember a time when the phone book was still delivered to every door.

Realizing how many of the things you’re familiar with will be archaic to your children can understandably make you feel old before your time, but it’s wise to keep in mind that technology is progressing at an unprecedented pace these days. By the time today’s babies are adults, there are likely to be many more innovations that change the way society operates until they’re replaced by something smaller and better.

This is based on a cross-post from nannywebsites.com; image attribution flickr user schill