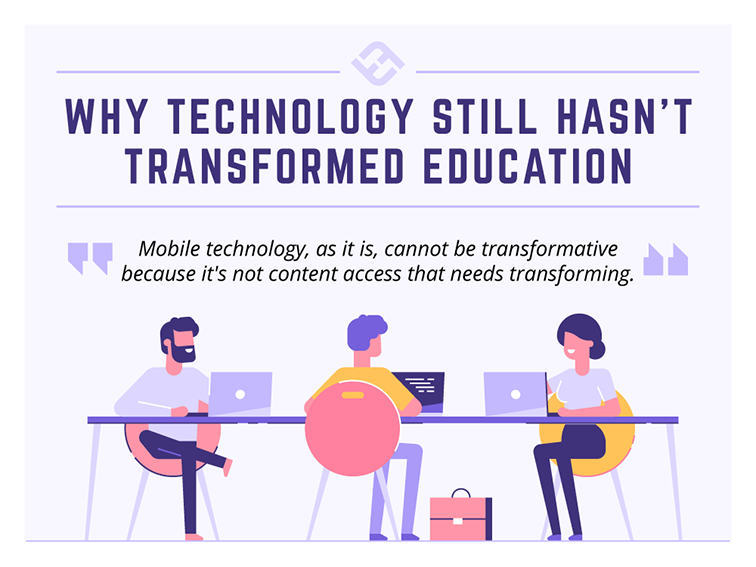 Preface: I wrote this post in early 2012 in response to Apple’s then-new textbook initiative. TeachThought was only a year or so old at the time and iPads had a lot of buzz. I thought it’d be interesting to see how much things have–and have not–changed. I did revise a little for clarity and remove a few clumsy references to email and Google+, for example. But It’s almost entirely republished as it was. Take to the comments below to let me know your thoughts.

There was much buzz surrounding Apple’s latest initiative. In early January 2012, blogs buzzed and twitter tremored with anticipation, not so much because there was specific information expected, but because it was Apple. And Apple is, after all, Justin Beiber in a turtleneck.

What did they announce? Their new initiative amounts to an evolution of the textbook. Or the way students access information, depending on your perspective.

The Boy Genius Report explains, “Textbooks for iPad, which became available by way of a new textbook category in iBooks 2, provide students with a modern, interactive replacement for conventional printed textbooks. They support multitouch gestures and also feature dictionary look-up integration and annotation. Students can highlight text, take notes and even create virtual note cards to reference later while studying.”

Textbook has become something of a four-letter word in education, and for good reason. We’ve shared ways to use the iPad in the classroom but it’s not always a seamless experience. While hardback-bound collections of content-specific information (that’s a textbook) are certainly not the gremlin sabotaging education, how those books are used can be a problem. The textbook becomes iPad movement certainly addresses the issue of form and improves the potential quality of the information students access. It allows for instant updates as content changes, embedded multimedia, electronic searching, note-taking collaboration, and a more familiar feel for digital natives that have grown up with smartphones in their pockets rather than frogs.

And while some lament the lack of ambition from the announcement, John Biggs of TechCrunch thinks that’s a good thing. “That’s why Apple’s decision to launch iBooks 2 and the attendant editing tools is so important: it tears down a number of entrenched technologies while maintaining the scaffolding of familiarity. It leaves the stuff that works and saves the schools, students, and parents money and time.”

And in theory, he is correct. 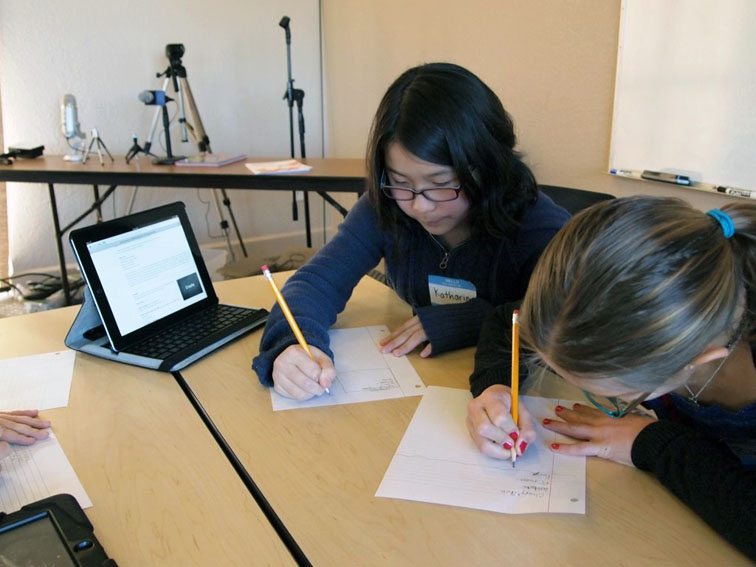 Initial public reaction to Apple’s announcement wasn’t overwhelmingly kind. While Lance Ulanoff of Mashable.com called the initiative “nothing short of a revolution.”[i] ZDNet writer Steven J. Vaughn-Nichols titled a blog post “The poor get poorer and the rich get richer with Apple’s iPad-based textbooks.”[ii]

Initial public reaction to anything has a certain dishonesty to it; the amount of real information often available early-on can be squeezed down into a single headline. But the hype around the event made it clear that Apple remains the biggest player on stage—and is becoming a bit polarizing to boot.

In general, then, this is a story about a major corporation releasing a new product. Err, service. The announcement is yet another example of Apple innovation—more evidence of their unique ability to take an existing product and through a little tweaking, make something consumers tend to find compelling. It also shows Apple hasn’t completely abandoned education for the consumer market, returning to their roots of the Control-Open Apple-Reset days when Mac was nerdy, and nerdy wasn’t chic.

But reading between the lines, there’s more going on here. For all of Apple’s shimmering design talents, their closed-source approach to hardware and software development remains a significant challenge towards implementation, and will continue to be in an era of transparency of public education where budgets are tight, test scores are king, and accountability spreads far and wide. To benefit from the ‘textbook initiative,’ you’ll need to go through iTunes and the iPad—and stand within reach of iTunesU and the full Apple ecology.

There is nothing inherently wrong with any of this. Apple is, after all, a business, and smart business models create interdependence between their products, establishing a natural ecology that encourages users to use their full assortment of products—and stick with them. But this is also part of the problem, especially when you tie expensive technology to learning resources paid for in major part by public funds. And when businesses involve themselves in deeply-emotional fields like education, the challenges multiply.

Jeff Yang approached the topic in January via the Wall Street Journal blog Speakeasy. “Realistically, to use their system, schools and students have to be Apple-centric,” says Rashid. “Is that going to work for public schools that are already having big budget problems? Who’s going to buy every student an iPad? This is a solution that candidly is more of a fit today for the private school market” — and equally candidly, for developed-world markets with developed-world wallets.[iv]”

Chegg.com Founder and Kno.com Co-Founder Osman Rashid, explains the need for digital textbooks. “I was walking down the stairs of my house, saw my daughters doing their homework, and had a sudden sense of déjà vu: They were studying exactly the same way I did 40 years ago,” says Rashid. “I realized that technology has left education behind.”

But how much does an iPad change that?

The idea of replacing textbooks is great, but what happens next? Is believing that the lowest-performing students with the lowest literacy rates and most challenging socioeconomic background will benefit from Apple’s magic screen forward-thinking, or wishful thinking? Is this a case of the rich getting richer?

And maybe most importantly, is the same challenged system of education that struggled to leverage computer labs, clickers, and smart boards to consistent positive effect able to apply the magic of the iPad in a way that works. There is a lot a stake here. While textbooks have long been paperweights in high-achieving classrooms for years now, removing them completely from the equation could be a dangerous game of Jenga.

There may be no going back.

But perhaps that’s for the best.

In 2012, the theme is change. And not just new paint. New paradigms.

And new media and communication forms.

Constant Facebook tweaks slowly—almost imperceptibly—change the social media giant into an end-game internet experience, a kind of digital cul-de-sac where no one wins.

Amazon not only releases eBooks, but now something called Kindle Singles—short-form writing that two years ago would’ve been a long blog entry.

So what’s a blog post and what’s a feature article? What’s the difference between a Facebook message and email? As technology changes, so does form—and so the way users access and exchange information. A silent sticking point for education? Only the instructional design behind it all makes a student blogging or hashtag aggregation any better than a book report or a shoebox diorama.

The move to multimedia text happened a decade ago on computers. Now learners who were 10 when we moved into the 21st century are leaving college, and it’s past time for evolution. And the information sources learners have access to are absolutely part of that evolution. It will take time for this kind of initiative to make a difference. Sales of electronic textbooks accounted for only 2.8 percent of the $8 billion domestic textbook market in 2010, according to Forrester Research. Apple has a tendency to change trends, but they are up against a formidable foe: the spectacular inertia of public education.

Steve Jobs explained in a prescient 1996 interview, “I used to think that technology could help education. I’ve probably spearheaded giving away more computer equipment to schools than anybody else on the planet. But I’ve had to come to the inevitable conclusion that the problem is not one that technology can hope to solve. What’s wrong with education cannot be fixed with technology. No amount of technology will make a dent. It’s a political problem. The problems are sociopolitical.”

Not technological–which is why iPads will never be transformative because it’s not content access that needs transforming.

Users pinching and zooming the planet, sharing audio and hand-written notes with learners across the globe, districts creating their own individualized curriculum, and iTunesU’s potential indeed represent the potential for progress. Deep challenges remain however, including notions of financial accessibility. $15 textbooks are great for school districts. Fragile and IT- Department-maligning $500+ textbook displays are not.

Apple set out to innovate textbooks, and by all accounts the formula they’ve struck has a chance to do so. But innovation in textbooks only results in innovative textbooks.

Now to innovate curriculum and systems and models of learning.