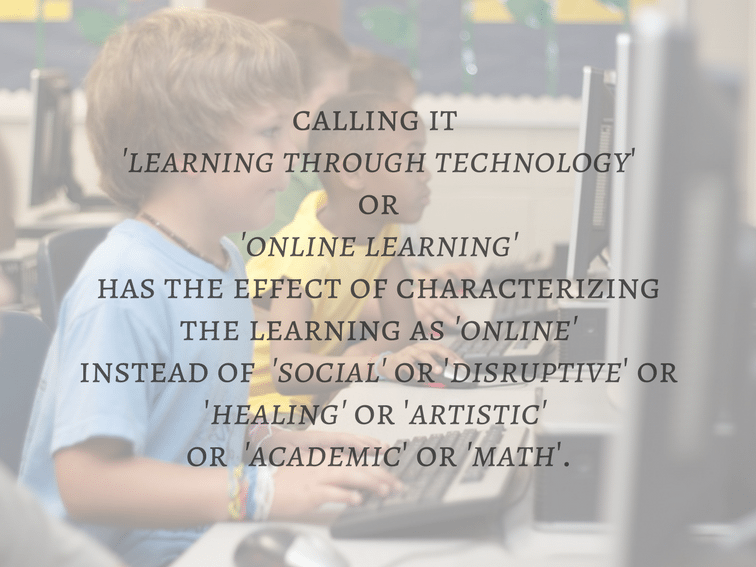 Stop Defining Learning By The Technology Used To Make It Happen

Come gather ’round people
Wherever you roam
And admit that the waters
Around you have grown
And accept it that soon
You’ll be drenched to the bone.
If your time to you
Is worth savin’
Then you better start swimmin’
Or you’ll sink like a stone
For the times they are a-changin’.

Bob Dylan was right. Times, they are a’changin.’

Admit that the waters around you have grown and accept it that soon you’ll be drenched to the done.

Almost two decades into the 21st century, the waters around us have grown—literally and figuratively. And as with climate change, there are many (who hold great power) denying it happens or denying that we’re the cause of it happening, and thus denying that there’s anything we can or should do about it.

And thus in an age-old traditional, decrying and denying change—and in the process losing their ability to do anything about it.

Can We Stop Calling It Online Learning Now?

Ten years ago, distinguishing between work done on computers linked to the World Wide Web and work done on ‘offline’ computers or face-to-face in a classroom was necessary. It was a useful distinction, if for no other reason than injecting the possibility of ‘learning on the internet.’

This was an alien thing in the early 2000s, and reeked of mediocrity and sterile, bane learning experiences. Of course, face-to-face public education long ago mastered the art of mediocre and bane learning experiences, and shunning a form of learning simply because it was done on a million-bajillion screens connected to one another is short-sighted, stubborn, and bordering on a kind of professional negligence.

Ford, for example, cannot insist on gasoline-based combustion engines because of the crude state of electric cars and alternative fuels. If they did so, they would in the short-term become a symbol of tradition and ‘old-schoolness,’ and maybe sell a bunch of cars with a clever advertising campaign. But their sentimentality would soon cost them as the industry evolved through alternative fuels and eventually driverless cars, and Ford became obsolete—useless to the strange new world that grew up around it.

While not every school and classroom and student is ‘always-on’ connected, the distinction between learning done on a rectangular box connected to other rectangular boxes and learning done sitting scribbling on old trees that have been processed and pressed into material called paper is less and less important. Paper is a kind of technology, too.

Online Learning technology should have lost both its sheen and spectacle years ago. It is now a matter of function.

Further, calling it ‘learning through technology’ or ‘online learning’ has the effect of characterizing the learning as ‘online’ instead of ‘social’ or ‘disruptive’ or ‘healing’ or ‘artistic’ or ‘academic’ or ‘math.’ Which is silly.

It stops limits our vision and stops our thinking.

Ignorance Has Never Been Bliss

Come senators, congressmen
Please heed the call
Don’t stand in the doorway
Don’t block up the hall
For he that gets hurt
Will be he who has stalled
There’s a battle outside
And it is ragin’.
It’ll soon shake your windows
And rattle your walls
For the times they are a-changin’.

While sometimes in life there things we’re better off not knowing, ignorance that’s selected for is the predecessor of negligence. Just as Ford cannot ignore alternative fuels, education cannot ignore digital learning.

Like alternative fuels, learning with technology isn’t necessarily good or bad. Nor are either destinations—the ultimate incarnation of their respective genres. They are simply nodes on a sequence—markers for chronology.

One day, electric cars will seem clumsy and completing courses on a computer absurd. Change is a process that is shaking the windows and rattling the walls of schools across the planet. This isn’t feel-good tech worship, it’s a (lyrical and metaphorical) description of events that have already occurred.

Because times they are a-changin’, and have been since the first clock started ticking. The key theme of survival for biological organisms is adaptation, and one of the hallmarks of any biological organism is its ability to learn. It makes since, then, that learning has to change as well. 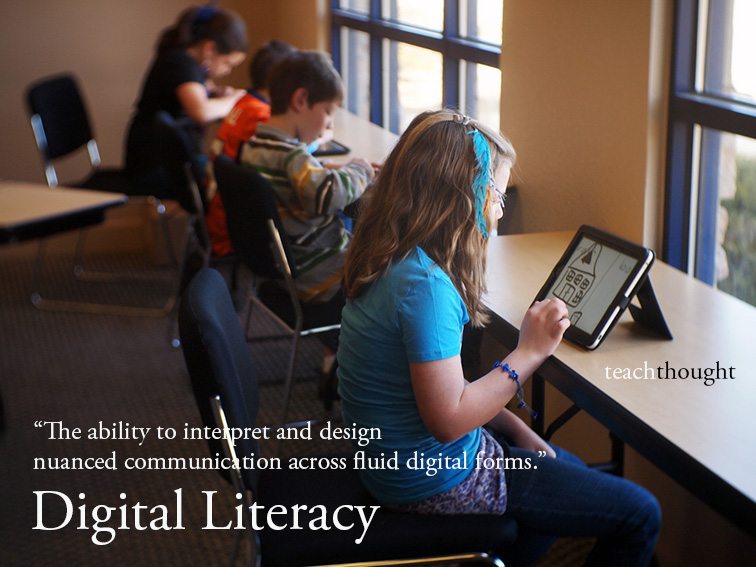 How is this even still a question?

Think about how much the world has changed in the last 15 years.

Now think how much education has changed in the last 15 years.

Don’t stand in the doorway; Don’t block up the hall. So consider: Who—or what—is blocking your halls? What kind of mindset allows you to consistently examine the loose ends and crude bits and intellectual dogma in your own work on a day to day basis?

Certainly humility is near the center of such a perspective.

From ‘Over There’ To ‘Everywhere’

Come mothers and fathers
Throughout the land
And don’t criticize
What you can’t understand
Your sons and your daughters
Are beyond your command
Your old road is
Rapidly agin’.

The old road is growing brittle, but that’s fine because we can re-pave it, develop machines that are less destructive or fly above it.

Children have eyes and hearts and minds. We can’t afford to ignore what stirs them, even if we use it to agitate critical thinking and get them to question our practices as a cultural and maybe redirect us, as a species, a bit. Hopefully that’s not too esoteric. Sure beats ‘go to school to get a job’ as an expression of purpose.

Our sons and daughters are beyond our command? Hopefully not, but the gist is true: societal lodestone has shifted from right over there to a little bit of everywhere.

Please get out of the new one
If you can’t lend your hand
For the times they are a-changin’.

The learning is everywhere. Let’s stop describing the learning based on the tool and start describing it by the effect it has on the world around it.

This learning allows this child to life himself above the generational poverty that has stricken every member of his family for 100 years.

This learning uses critical thinking that leads to critical literacy.

This learning heals lands scarred by irresponsible use.

This learning is love.