The Definition Of Transmedia 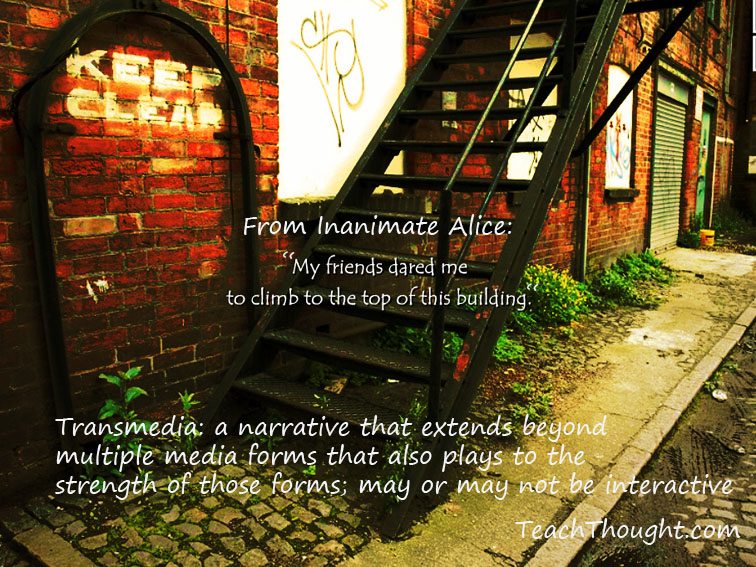 The Definition Of Transmedia

Transmedia: a narrative that extends beyond multiple media forms that also plays to the strength those forms; may or may not be interactive

The term media has traditionally been used as a label for mainstream news outlets. More recently, its use has been reclaimed from such negative and political connotation, now commonly used to refer to the variety of multimodal (and increasingly digital) communication forms.

Plural form of the singular medium, media are simply ‘ways’ of communicating ideas and is a cause and effect of digital literacy: letters, novels, magazines, emails, paintings, videos, and countless other forms can be considered media. It can come in classic or modern forms, formal and informal, all boiling down to the basic human need to communicate.

Any balanced discussion of media (though I’m not making any claims) has to include Marshall McLuhan.

In his professional prime during a time when televisions were replacing radios and McCarthyism was changing lives, McLuhan was witness to a powerful and important change in culture. Among other revelatory ideas, McLuhan felt that the ‘individual man’ was being replaced by ‘tribal man’ through media—media acting as a kind of conscious glue. He saw that humankind was coming to define itself through media—involuntarily, through numbing consumption and persistent conditioning. In this way, he saw media forms as social long before Zuckerberg had his big idea.

Essentially, McLuhan viewed media as powerful contributors to “how we experience the world, interact with each other, and use our physical senses”[i]—which makes their dizzying popularity logical.

Today, media is in a brilliant state of flux. There is frankly so much of it—so many forms, so many platforms, so much consumption. Notions of fluid texts, hypertexts, and quasi-intertextuality preside can sometimes overwhelm the content itself. (McLuhan might nod his head and insist that the “media is the message.”)

And with this fluidity comes a kind of passing of the guard in terms of pop culture forms. Videogames have surpassed classic media forms like music, DVDs, and now movies increasing our interaction with narrative texts, and gamifiying media consumption.

So what becomes of books?

While I personally find it difficult to imagine a world where the stalwart of narrative structure—the novel—is vaporized by YouTube addiction and Beiber fever, anything is possible. And with physical books now giving ground to eBooks in terms of total sales (at Amazon, anyway), the future is incredibly complicated. If a Kindle can display an eBook, pdf files, Google Currents, and mashed blog posts, where does one begin, and the other end? The video game with the facebook page that pushes notifications to an app that itself is gamified and is automatically shared on your twitter stream?

The overlap is more extraordinary than the difference.

If you ask the folks at Inanimate Alice, one of the pioneering examples of the form, there is a new player on stage—and one with critical edu-potential: transmedia.

The definition of transmedia is a narrative that extends beyond multiple media forms that also plays to the strength of those forms. It may or may not be interactive. This makes it possible to have interactive video game portions of a narrative married to prose-rich novellas combined with smart use of specific social media platforms, all collaborating strategically to tell a compelling story while offering the potential for innovative use of crowdsourcing and audience engagement.

A reading-from-the-screen experience for the ‘always-on’ generation.

Each a self-contained story, the chapters are both interactive and occur across media channels.

Transmedia is what the word parts suggest it might be: a merging of media forms, here the digital with the narrative, but with the multiple platforms a part of the narrative. While transmedia promote interaction, they are not videogames, but rather new digital narratives offered in a way that has been inaccessible to classic forms.