A Disruption Model: How Innovation In Education Causes Change 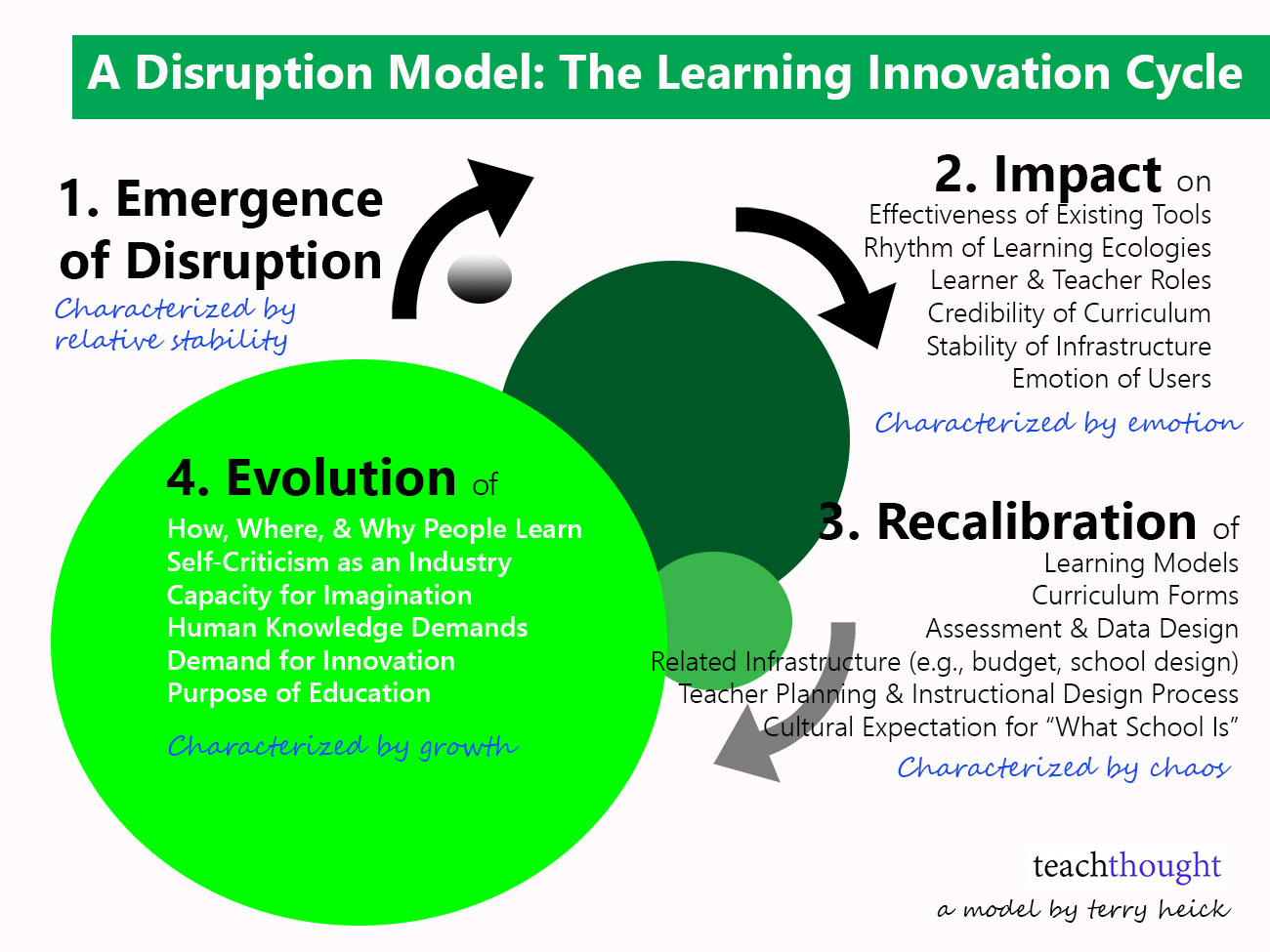 Disruption is an interesting topic for the same reason that cowboys, gangsters, and villains are interesting: It’s unpredictable, challenges the status quo, can be problematic and almost always, by definition, goes against the grain.

First, a quick preface. The iconic vision of disruptive innovation comes from Clayton Christensen, who uses the term to “describe a process by which a product or service takes root initially in simple applications at the bottom of a market and then relentlessly moves up market, eventually displacing established competitors.”

“Companies pursue these “sustaining innovations” at the higher tiers of their markets because this is what has historically helped them succeed: by charging the highest prices to their most demanding and sophisticated customers at the top of the market, companies will achieve the greatest profitability. However, by doing so, companies unwittingly open the door to “disruptive innovations” at the bottom of the market. An innovation that is disruptive allows a whole new population of consumers at the bottom of a market access to a product or service that was historically only accessible to consumers with a lot of money or a lot of skill.”

I usually think of disruption as any change that forces itself substantially on existing power sets. This force causes transfer–a redistribution of something–market share, money, credibility, knowledge, or something we collectively value. Here, in this literal re-vision (seeing again) and neo-vision (seeing new), is where enduring learning innovation can be born. 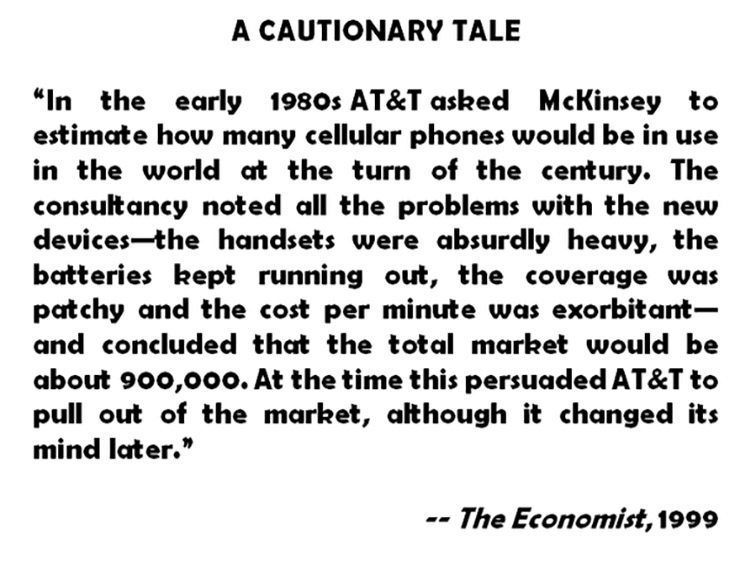 Disruptive innovations in the classroom should, ideally, obliterate the classroom. Make the classroom ‘be’ something else entirely–a physical gathering space in preparation for something else, for example. I’ve written about in the past, mostly in terms of teaching forms, trends, technology, or teaching disruptively. By design (as I see it anyway), education should be inherently disruptive. That is, the ability to think critically should theoretically change both the systems and its parts.

Education and disruption share many connections. One relationship is cause-effect. Education should cause disruption of existing social paradigms, for example. And disruption of existing social paradigms should both need and create opportunity for new forms of education. It’s also a symptom. When there’s continuous disruption downstream–a classroom, for example–it can be traced upstream to something else. One goal for disruption in education should be the persistent emergence of new ideas–new learning models, new content, new strategies and thinking.

This stage is characterized by increased emotion–excitement, hyperbole, fear, uncertainty, and binary thinking. Because of the rapidly changing circumstances, the disruption is hard to understand. It’s not clear the way that iPads will change a classroom, or adaptive learning apps should change a curriculum–or the idea of a curriculum, for example. This uncertainty can be polarizing, creating a sense of enthusiasm and new possibility in some, while others see cause for concern.

Most significantly, the weaknesses of old thinking and tools and systems and approaches have been emphasized. It is in this part of the cycle that the innovations and their potential become more visible than ever. As the circumstances around the innovation adapt to it, and vice-versa, any progress made can provide credibility, which encourages additional resources to be added, which can create more progress and credibility, and so on.

18 Essential Apps For The Organized Teacher

10 Ways Teaching Has Changed In The Last 10 Years

Even as apps have fallen in favor, mobility is the new standard. Information, communication, search, and identity—mobility matters in the...

Digital Leadership is about, in part, using the internet and social media to improve the lives, well-being, and circumstances of...