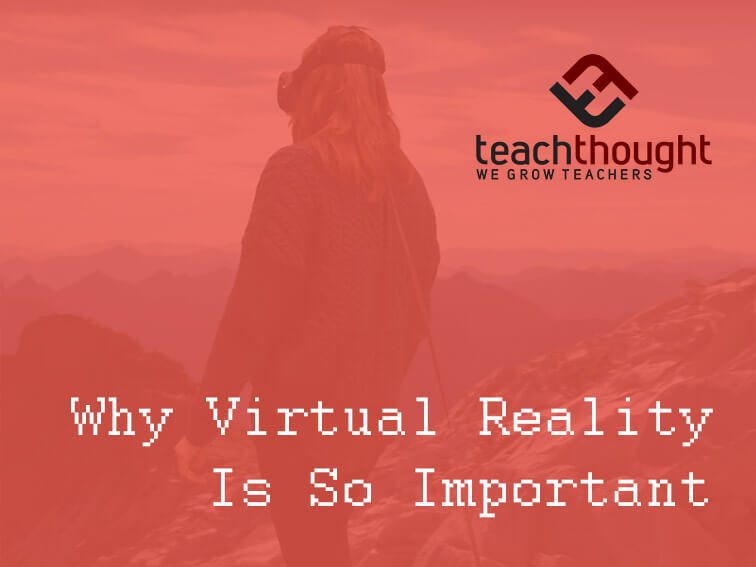 What is virtual reality? You probably have a pretty good sense of what it is even if you’ve never actually experienced it.

Reality = What we consider ‘real’ as pieced together from sensory inputs (e.g., sight, touch, etc.)

But why? What’s the point? Why is it important?

Virtual reality is a kind of digital reality–a way of using technology to create environments designed for expressly human interaction. This is, of course, different than our physical environment.

We are human beings, and human beings are simply one organism functioning interdependently with literally countless other living things. The world isn’t designed expressly for us, which is a matter of theological and metaphysical contemplation really.

But for context here, it makes sense because it underscores one of the underpinning draws of virtual reality: Through the use of digital technology, virtual realities can be designed precisely for human interaction for very specific reasons to create experiences not otherwise possible.

By suspending disbelief the same way we do when we read a novel or watch a movie, an artificial reality can be designed to enable experiential learning, scenario-based learning, social learning, workplace training, and more. Virtual reality can be used for pure entertainment–digital toys, video games, or as you can see in the video above, to swim with whales. How it turns out, who knows? This is all (possibly overly-enthusiastic) rambling right now.

Virtual reality technology is in its infancy. Imagine someone talking about the ‘extraordinary possibility of a pocket computer’ ten years ago. While it’s true that what we see in ten years will make today’s virtual reality interactions look silly, you can think of the video above as a kind of doorway to digital realities–realities one day soon ‘powered by’ social networks like Facebook, for example.

Today, we think of realities like this as ‘digital,’ but meaning is made in our own minds, and you and I are from a time when digital is seen as artificial. That’s our meaning which has been constructed over time. What happens when the balance begins to shift–when digital and physical are seen as equally ‘real’? Meaning, in our minds, is as flexible as the reality in a digital space. They are fluid.

Today’s classroom is not much different than one Dewey might have seen. It’s a dated model with bells and whistles shoe-horned in. Virtual reality in today’s classroom would be like using Tesla self-driving cars in a NASCAR race. But not far in the future, the potential for virtual reality in education–at least as we conceive it today–might far surpass anything you’ve seen in #edtech so far.

Virtual reality will allow us to create any environment for simulated interactions. Anything. Any machine. Any classroom with any activities for any purpose. It will be the ultimate unclassroom. In fact, the word classroom is stuffed full of limitations.

Remember when we sat in a room in desks and listened and got one symbol if we ‘did’ well’ and another if we didn’t? When we all learned the same thing in the same way and were expected to be genius and alive? That was crazy.