Creating A Fire For Inquiry Starts At The Beginning 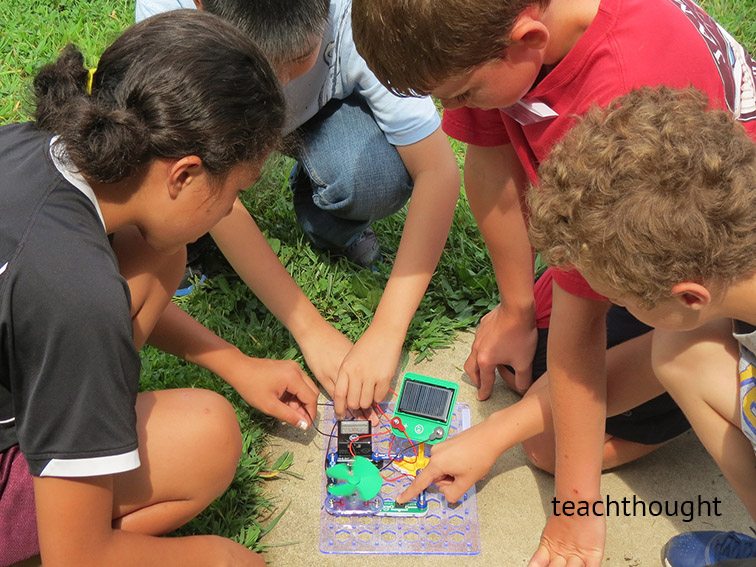 Creating A Fire For Inquiry Starts At The Beginning

If science is inquiry and inquiry is a fire, when does that fire start?

When the world talks about STEM education for the most part they talk around elementary teachers rather than to elementary school teachers. This should not be seen as an insult or slur upon our value, but as a matter of course. Most “real” science does not start until middle school or even high school, and for school in poverty perhaps not even then. However, with the need to develop more students ready to step into STEM careers, and the corresponding efforts to grow educational foundations in those area elementary science will play a pivotal role.

A 2012 report on student motivation toward STEM career, out of The University of Nevada, (How to Motivate US Students to Pursue STEM Careers by Md. Mokter Hossain, Michael G. Robinson) disagrees. Their paper suggested “Students need to be inspired in STEM subjects beginning in the middle school grades with course work extracurricular activities focusing on honing problem solving skills in the high school grades.” While I have no issue with the research of the Nevada team, I believe there conclusion is short-sighted on two fundamental points. Students are not inspired by course work and extracurricular programs; they do those things because of they have already been inspired.

STEM grows from the root.

Perhaps more importantly waiting to provide inspiration until middle and high school is a large part of the problem. Certainly older students are entirely capable of being inspired, but where the extracurricular programs studied by the Nevada team found success were in projects where students could create and own their projects and therefore their success. These programs, like Science Olympiad and First Robotics are building and encouraging students to continue to pursue lofting and rigorous goals. However these activities are limited to those teens that already see appeal in such groups. In effect, they enhanced the growth rate of the STEM but not the root. A child’s opinion and attitude toward math both science, while still malleable, is first formed long before they enter middle school.

Even the most conservative estimates suggest that student perceptions of their own ability are established by seven or eight years old. Though there is a clear distance between perceived ability and inspiration, a tangible link connects the two. Students who do not feel they can be successful in math or science are less likely to be inspired to do math and science. Planning to ignite a flame in the belly of young science students in middle school is akin to trying to gather firewood on a rainy day. The task is restricted to those that have been sheltered from the storm unless someone was smart enough to plan well ahead. If parents and teachers do not create a receptive and fertile field for STEM inspiration in elementary school , the quality and quantity of science programs in middle school and beyond will only serve the a same small percentage of the population who’ve already seen success.

When we are successful we feel empowered to continue, the rush of dopamine through our brains masks the memory of painful struggles and past loss to convince us that we our masters of our own destiny. Students that are successful in math and science work harder than those that have not shared that success because they have tasted victory. What doubts they carry are over shadowed by the more powerful memories of success. Meaningful success is a tricky thing in the earliest of grades. Gold stars given for participation are shallow victories that mean little–and inspire less–in a five year old.

Business schools have extensively studies success over the years and while there definitions are different from those in education, many of the findings are transferrable. In a Harvard Business Review study from 2011, Teresa Amabile and Steven J. Kramer found two factors that affected the importance, or value of a success:

Our goal is to inspire students to study math and engineering. We hope to reach beyond the pool of individuals who identify with Sheldon Cooper or Mr. Spock to the masses that are entertained and inspired by them. To achieve that ambition we need to make certain the science we offer our elementary students offers the same kinds of success that inspire there middle and high school peers.

Rigorous, project based, curriculum set up with tiers of increasing complexity and decreasing adult support. It is the formula of success and inspiration that has been used by extracurricular programs form T-ball to the Math Olympiad. Come to think of it, every story of inspiration, real or imagined used those same formulaic elements, there is struggle (rigor) there is a quest (e.g., project-based, genius hour, etc.), and there is a dynamic component of instruction until the student proves his or her mastery.

“Real science” may be thought of not start until middle school or later, but preparing students for real science begins as soon as they students enter a classroom. Any classroom. The onus is on all of us, as educators, to think of learning less like episodes of mastery, and more like building fire that burns and burns.

The Challenge Of Personalizing Learning In Real-Time

How To Kill Learner Curiosity In 12 Easy Steps

Killing a learner's natural curiosity doesn't happen overnight. It can take as long as 12 years, and in some rare...