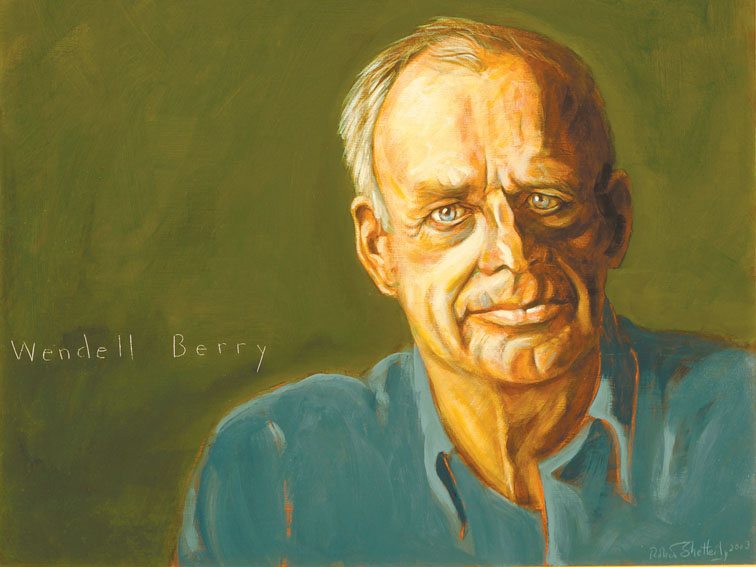 Almost every challenge, when closely examined, is first a challenge of scale.

If you consider our own corner of the world, learning, the labels and language we use will confirm this theory. Take for example, “ed reform.”

Learning is different than education. It is impossible to examine “education,” for example, without reducing it to a system of learning. Yet it is tempting to talk about how “education” can be fixed, which is akin to “fixing a car” rather than “replacing the starter.”

This kind of overly general language encourages rhetoric and obscures solutions, but worse, promotes an impossible scale. None of us can ever fix education no matter how keen the idea or how stirring the integration.

But you can fix your own classroom.

Of course, it’s not that easy. Punitive standards and artificial pressures and socioeconomic challenges and countless other realities will seemingly gather to block your view, but you might find that if you start small, on a manageable and sustainable scale, everything from that point on will look and feel much different.

This is the shift from ed reform to classroom reform, but it’s really less about teachers and more about all the well-intentioned folks that offer grants and resources and professional development.

Start small, and if at all possible, stay that way.

Which brings us to Kentucky farmer Wendell Berry’s Commencement Address to the College of the Atlantic in Bar Harbor, Maine, delivered in 1989. The speech, as most commencement speeches are, was written to offer graduates some kind of perspective before being flung out into the “business world.” (And hopefully steer them to good work.)

The themes–of interdependence, patience, wisdom, and scale–are characteristic of Berry’s non-fiction prose. An abbreviated version appears below, and though it hints more at nature and politics than learning and education, the message of scale seemed worth hearing.

Wendell Berry’s Commencement Address to the College of the Atlantic in Bar Harbor, Maine

“All public movements of thought quickly produce a language that works as a code, useless to the extent that it is abstract. It is readily evident, for example, that you can’t conduct a relationship with another person in terms of rhetoric of the civil rights movement or the women’s movement – as useful as those rhetorics may initially have been to personal relationships.

The same is true of the environment movement. The favorite adjective of this movement now seems to be planetary. This word is used, properly enough, to refer to the interdependence of places, and to the recognition, which is desirable and growing, that no place on the earth can be completely healthy until all places are. But the word planetary also refers to an abstract anxiety or an abstract passion that is desperate and useless exactly to the extent that it is abstract. How, after all, can anybody – any particular body – do anything to heal a planet? Nobody can do anything to heal a planet. The suggestion that anybody could do so is preposterous.

The heroes of abstraction keep galloping in on their white horses to save the planet — and they keep falling off in front of the grandstand. What we need, obviously, is a more intelligent – which is to say, a more accurate – description of the problem.

The description of a problem as planetary arouses a motivation for which, of necessity, there is no employment. The adjective planetary describes a problem in such a way that it cannot be solved. In fact, though we now have serious problems nearly everywhere on the planet, we have no problem that can accurately be described as planetary.

And, short of the total annihilation of the human race, there is no planetary solution. There are also no national, state, or country problems, and no national, state, or county solutions. That will-o’-the-wisp, the large-scale solution to the large-scale problem, which is so dear to governments, universities, and corporations, serves mostly to distract people from the small, private problems that they may, in fact, have the power to solve.

The problems, if we describe them accurately, are all private and small. Or they are so initially.

The problems are our lives.

In the “developed” countries, at least, the large problems occur because all of us are living either partly wrong or almost entirely wrong.

It was not just the greed of corporate shareholders and the hubris of corporate executives that put the fate of Prince William Sound into one ship; it was also our demand that energy be cheap and plentiful. The economies of our communities and households are wrong.

Without examples, we are left with theory and the bureaucracy and the meddling that come with theory. We change our principles, our thoughts, and our words, but these are changes made in the air. Our lives go on unchanged. For the most part, the subcultures, the countercultures, the dissenters, and the opponents continue mindlessly – or perhaps just helplessly – to follow the pattern of the dominant society in its extravagance, its wastefulness, its dependencies, and its addictions.

The old problem remains: How do you get intelligence out of an institution or an organization? The question that must be addressed, therefore, is not how to care for the planet but how to care for each of the planet’s millions of human and natural neighborhoods, each of its millions of small pieces and parcels of land, each one of which is in some precious way different from all the others.

The religion and the environmentalism of the highly industrialized countries are at bottom a sham, because they make it their business to fight against something that they do not really wish to destroy. We all live by robbing nature, but our standard of living demands that the robbery shall continue. We must achieve the character and acquire the skills to live much poorer than we do. We must waste less. We must do more for ourselves and each other.

It is either that or continue merely to think and talk about changes that we are inviting catastrophe to make. The great obstacle is the conviction that we cannot change because we are dependent upon what is wrong. But that is the addict’s excuse, and we know that it will not do. I am trying not to mislead you, or myself, about our situation. I think that we have hardly begun to realize the gravity of the mess we are in.

Our most serious problem, perhaps, is that we have become a nation of fantasists. We believe, apparently, in the infinite availability of finite resources. We persist in land-use methods that reduce the potentially infinite power of soil fertility to a finite quantity, which we then proceed to waste as if it were an infinite quantity. We have an economy that depends not upon the quality and quantity of necessary goods and services but on the behavior of a few stockbrokers.

We believe that democratic freedom can be preserved by people ignorant of the history of democracy and indifferent to the responsibilities of freedom. Our leaders have been for many years as oblivious to the realities and dangers of their time as were George III and Lord North. They believe that the difference between war and peace is still the overriding political difference – when, in fact, the difference has diminished to the point of insignificance.

How would you describe the difference between modern war and modern industry- between, say, bombing and strip mining, or between chemical warfare and chemical manufacturing? The difference seems to be only that in war the victimization of humans is directly intentional and in industry it is “accepted” as a “trade-off.” Were the catastrophes of Love Canal, Chernobyl, and the Exxon Valdez episodes of war or of peace?

They were, in fact, peacetime acts of aggression, intentional to the extent that the risks were known and ignored. We are involved unremittingly in a war not against “foreign enemies” but against the world, against our freedom, and indeed against our existence. Our so-called industrial accidents should be looked upon as revenges of Nature. We forgot that Nature is necessarily party to all our enterprises and that it imposes conditions of its own.

Now Nature is plainly saying to us : “If you put the fates of whole communities or cities or regions or ecosystems at risk in single ships or factories or power plants, then I will furnish the drunk or the fool or the imbecile who will make the necessary small mistake.”

And so, graduates, my advice to you is simply my hope for us all: Beware the justice of Nature. Understand that there can be no successful human economy apart from Nature or in defiance of Nature.

Understand that no amount of education can overcome the innate limits of human intelligence and responsibility. We are not smart enough or conscious enough or alert enough to work responsibly on a gigantic scale. In making things always bigger and more centralized, we make them both more vulnerable in themselves and more dangerous to everything else.

Help to make a community.

Be loyal to what you have made.

Put the interest of the community first.

Love your neighbors – not the neighbors you pick out, but the ones you have.

Love this miraculous world that we did not make, that is a gift to us.

As far as you are able make your lives dependent upon your local place, neighborhood, and household – which thrive by care and generosity – and independent of the industrial economy, which thrives by damage.

Find work, if you can, that does no damage.