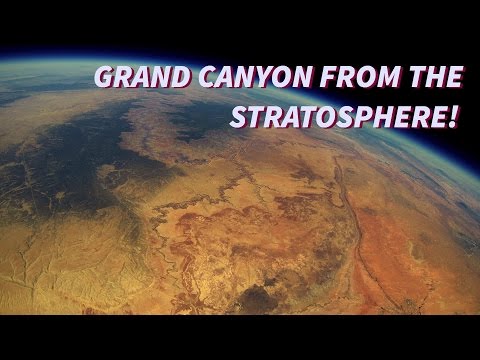 Want to hear an amazing story involving 3D printers, hikers, the atmosphere, and more than a little bit of luck? From the original reddit post:

“The whole project took myself and four friends a couple months of planning. We almost canceled the whole thing because helium cost 4x more than we were budgeting. As for the communications and attempted recovery (warning, about to get technical):

We used GPS on a smartphone to continuously log the phone’s location on its memory card. The standard GPS receiver these days can track your phone well above 100,000 ft – there used to be a limitation of 60,000 ft but that was recently lifted. The harder issue was to figure out how the phone can communicate to us. We used an app (myTracks or something similar, I forgot) to have the phone text us its GPS location once it got signal as it was returning to Earth (about ~3000 ft altitude).

We planned our June 2013 launch at a specific time and place such that the phone was projected to land in an area with cell coverage. The problem was that the cell service coverage maps we were relying on were not accurate, so the phone never got signal as it came back to Earth, and we never heard from it. We didn’t know this was the problem at the time – we thought our trajectory model was far off and it landed in a signal dead zone (turns out the model was actually quite accurate). The phone landed ~50 miles away from the launch point, from what I recall. It’s a really far distance considering there’s hardly any roads over there!

TWO YEARS LATER, in a twist of ironic fate, a woman who works at AT&T was on a hike one day and spotted our phone in the barren desert. She brings it to an AT&T store, and they identify my friend’s SIM card. We got the footage and data a few weeks later!”

And a few more tidbits from their YouTube video description,

In June 2013, a group of friends launched a weather balloon a few miles from Tuba City, Arizona. The amazing footage was found two years later by an Arizona hiker. Enjoy the video of our launch preparations, video footage, and some data analysis of the flight.

Special thanks to Broadcom