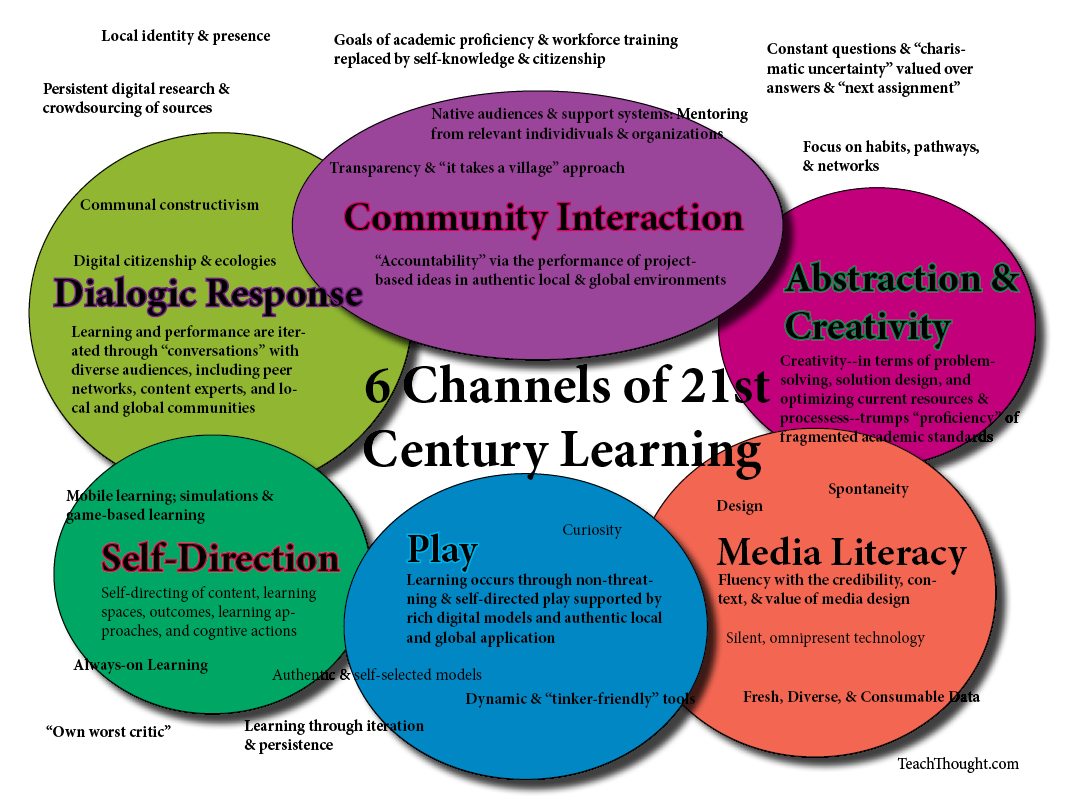 At TeachThought, we often wrestle with two big questions: How do people learn, and how can they do it better in a constantly evolving context?

In pursuit, the theme of “21st century learning” often surfaces, a popular label that, while perhaps cliche, still seems to be necessary as we iterate learning models, fold in digital media resources, and incorporate constantly changing technology to an already chaotic event (i.e., learning).

This has produced our 9 Characteristics of 21st Century Learning, a kind of overview we created in 2009, and our Inside-Out School model that is meant to be a kind of bridge between current school design and what’s possible moving forward.

Above is a kind of “2.0” of the “9 Characteristics of 21st Century Learning” that is framed around the idea of “learning channels.”

“Learning channels” refer to the unique pathways students most naturally–and powerfully–use to seek understanding. These can be technology-based, but they don’t necessarily have to be. And while the idea of a channel connotes content “e.g., a television or YouTube channel), this is less about content and more about how people learn.

In this model, you’ll notice 6 distinct channels. Obviously, this doesn’t mean that these are the only 6 channels–or pathways–for learning, but rather these 6 are emerging or have always existed as powerful players in how learners make meaning:  identifying, decoding, evaluating, and sharing fluid media and information.

Learning is a conversation–whether personal, local, and direct, or more general, global, and digitally-based

Creativity isn’t just art and whimsy, but the overlap between the macro thinking and micro details to solve the challenges of daily living

Digital media evolves constantly. This makes not simply “keeping up,” but grasping the nuance of platform critical

This is the opposite of compliant response to teacher-centered environments. In play, learners freely experiment, show ambition, follow curiosity, and take risks to create, design, evolve, and connect in ways that are otherwise impossible under compulsion

Play is a big part of self-directed learning, but more broadly can include academic response, project-based learning, game-based learning, and other “school-like” learning forms while students hold themselves and one another accountable to their own criteria of quality 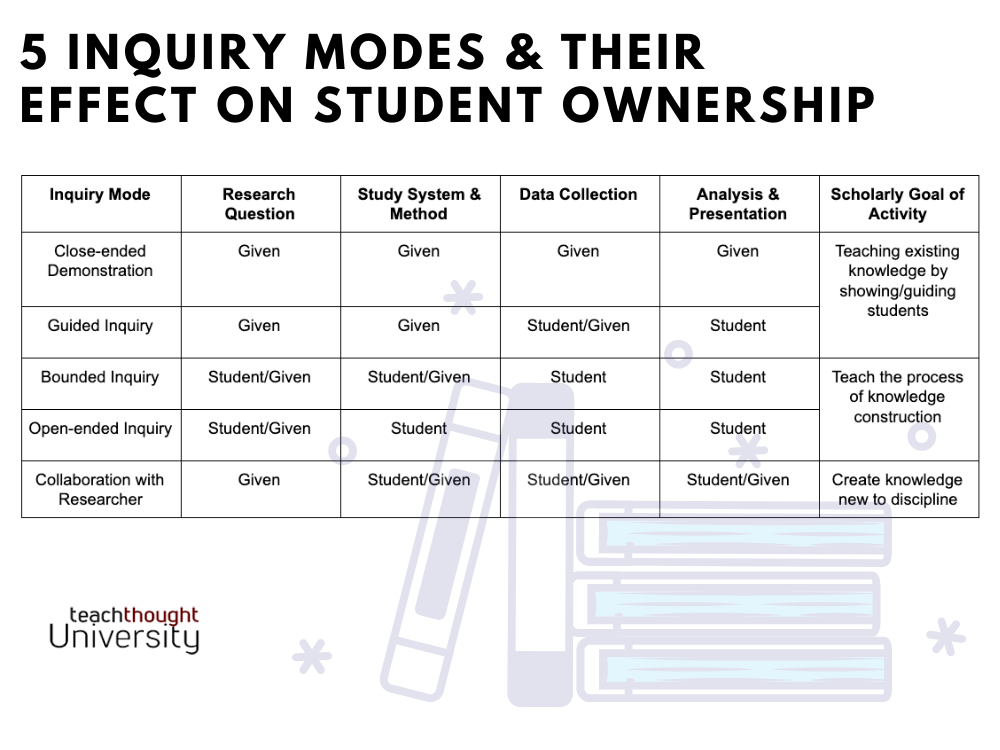 The 5 inquiry modes itemize the purpose of learning in different domains and identifies the effect of inquiry on student...