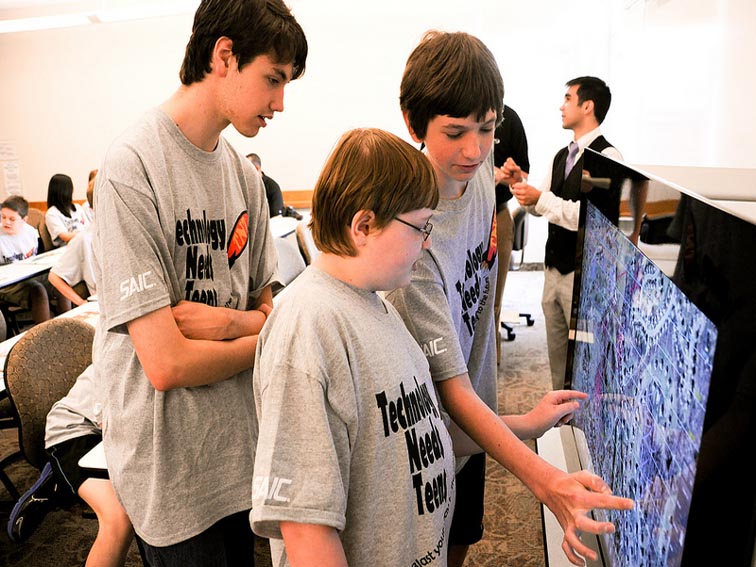 In the video below, Judy Willis explores how we might create a “21st century brain” by with a little bit of neuroscience, specifically the “executive function of the brain. Willis offers up an analogy of this executive function as the brain’s CEO, and uses that as a metaphor for the kinds of thinking students will need to do in the 21st century.

“Executive function means taking things from one file…and combining it with another mental file and putting them together for new applications, solve new problems, for innovation.

With the 21st century coming on, the two biggest needs or issues will be the amount of data…and to analyze the validity and consider how to innovate with it, and how to apply what’s valuable. And so, the need to be able to use executive functions is critical…how do you know what’s valid, how do you judge whether it’s scientifically accurate, opinion versus fact, and those activities through middle school–through debates, through researching…building those skills while that part of the brain is developing is creating the brain for the 21st century.

The other part is innovation and creativity. We don’t know the problems we’ll have in the future. The jobs we have now, 30% of the jobs people are working in now didn’t exist five years ago….We can’t specifically prepare the students for the jobs or the problems they’ll have. We also can’t prepare them for the opportunities. As technology and globalization and communication increase, they’ll be incredible opportunity for creativity and innovation.

But unless students have an opportunity to use executive functions, to think creatively, to solve problems, to use information in different ways than they learned it through projects–unless they collaborate, learn to communicate, reach consensus, be flexible, they won’t be valuable parts of teams.”

Willis goes on to talk about the current trend towards extreme specialization, where even neurology is splintering into seven strands. This, she believes, even further underscores the need not just for interpersonal skills, but a shift in what we might train the 21st century brain to do.

A lot of these are ideas we’re all familiar with–creativity, innovation, communication, and so on. But what’s perhaps more interesting is her pinpointing the middle schools years as a crucial time for this to happen as the brain is changing at such a rapid rate. She also mentions the brain’s “paring” of used and unused “talents,” implying the perishable nature of many cognitive skills.

Creating a 21st century brain, then, may be a manner of shifts in what we teach as much as how we teach–a focus on habits, tone, and even self-directed learning.

6 Strategies For Creating An Inquiry-Driven Classroom

Curiosity is a powerful catalyst for learning and using inquiry-based learning can leverage potential. Here are 6 strategies for your classroom.

A good question can open minds, shift paradigms, and force the uncomfortable but transformational cognitive dissonance that can help create thinkers.

12 Barriers To Innovation In Education

While funding one of several barriers to innovation in education, failures of communication and imagination might be more significant.

Why So Many Students Think They Dislike Reading