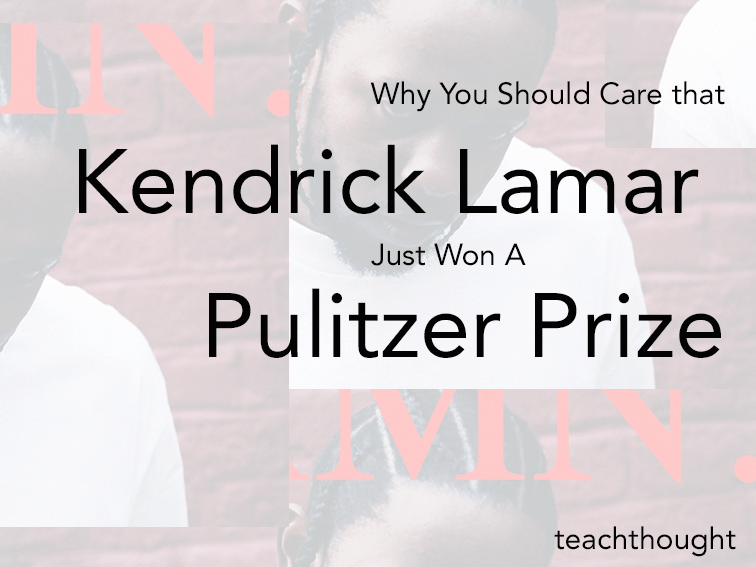 The best rapper alive just won a Pulitzer Prize, and this is a big deal.

Not because hip-hop requires mainstream validation (you could effectively argue that, in fact, hip-hop is not only ‘okay’ without said validation, but much better off without it).

Nor is it because Kendrick Lamar himself ‘deserves’ it (he does, but a hip-hop artist seeking to win a Grammy, much less a Pulitzer, is like a transformative school seeking an award from the Department of Education, or the rebel teacher down the hall trying to win ‘teacher of the year’; it just not how this all works).

Kendrick Lamar winning a Pulitzer prize is crucial because of the past and the present, and what they can mean for the future.

Hip-Hop In The Classroom

I’ve written about using hip-hop in the classroom many times (most recently a short post about J Cole) and will continue to, not only because it is such a big part of my life, but because I think it’s a criminally-misunderstood and other-worldly potent teaching and learning tool for literacy and the humanities in general.

In the quirky, often-hilarious, and hugely enlightening ‘Signifying Rappers: Rap and Race in the Urban Present,‘ David Foster Wallace (See also: This Is Water by Wallace) looks at the dynamics of hip-hop with curiosity:

Frequently, the DJ is also the rapper’s foil, offering rap refrains, or sometimes replies to the rapper’s verses in the genre’s use of the venerable convention of “call and response,’ often speaking in rhythmless prose against the rapper’s complexly metered rhyme. The Mozart of this last technique is Public Enemy’s shadow-MC Flavor Flav, who holds his head cocked like Stevie Wonder and wears an alarm clock the size of a dinner plate around his neck….

And it is this larger-than-life identity of the American art form that make it so powerful–and so often misunderstood by people that–well, misunderstand it.

‘Rappers’ That Have Won The Grammy’s as Context

The Grammy’s have had a ‘Best Rap Album’ category since 1996, which is different because the winning album doesn’t have to ‘beat’ other genres, but just all the other rap albums. If you’re ‘anti-rap,’ it’s not hard to see how this is not unlike a ‘best credit card debt’ category in a financial literacy award ceremony. Pop culture doesn’t fully understand hip-hop any more than it understands underground Punk Rock or counter-culture beatnik scribblings in the 50s and 60s.

And the ‘rappers’ that have won the Grammy Awards over the years tend to flesh that out.

In 1996, Naughty by Nature’s very good ‘Hip Hop Hooray (2pac’s ‘Me Against The World’ is such a far superior album, that

In 1997, The Fugees excellent ‘The Score’ won ‘Best Rap Album,’ which in other years might be fine, but both ‘Beats, Rhymes, and Life’ by A Tribe Called Quest and ‘All Eyez On Me’ by 2pac were better in every way.

None of this even begins to explore who didn’t get nominated, much less the nomination and subsequent voting process. The point is that mainstream accolades like the Grammy Awards rarely get hip-hop right because they don’t understand it and often value the ‘wrong’ things, much in the same way many ‘teacher of the year’ awards make similar errors (at least insofar as I see and understand them).

But The Pulitzer Prize is different. Past winners include

The Pulitzer Prize organization says that “It is left up to the Nominating Juries and The Pulitzer Prize Board to determine exactly what makes a work “distinguished,” which makes sense–and leaves it up to the same level of interpretation and subjectivity that characterize most awards.

Past winners of the Pulitzer Prize in fiction include:

1940: The Grapes of Wrath by John Steinbeck

1953: The Old Man and the Sea by Ernest Hemingway

1961: To Kill a Mockingbird by Harper Lee

1972: Angle of Repose by Wallace Stegner

1983: The Color Purple by Alice Walker

And while it is for music and not fiction, Faulkner, Lee, Walker, Ralph Ellison, Upton Sinclair, Wendell Berry, and scores and scores of other authors over the last century that have written, often in struggle, for the advancement of African American identity, civil rights, and humanitarian and creative freedoms, can count Lamar’s win as one of their own. In 50 years, the win will appear to many like the ones above in a long index of names–something like this:

But there’s more going on here.

Kendrick Lamar winning a Pulitzer Prize in 2018 is a moving symbol of progress–not for the mainstream acceptance of hip-hop.

Nor even because ‘DAMN’ is the best album released not just in 2018, but perhaps in the last ten years, and a mainstream award finally ‘got it right.’

That this is the first hip-hop artists to ever win a Pulitzer will get a lot of the press–and is extraordinary–but that’s not the essence of the thing, either.

Rather, Kendrick Lamar winning the 2018 Pulitzer Prize in music is about timing and context. Race continues to be a wound on the American moral landscape, and recent political events have given the appearance of moving backward after so many decades of struggle.

Lamar winning isn’t simply ‘good’ because he’s African American in a nation that’s struggled with race for centuries, but because hip-hop–arguably the most culturally influential emergent/recent American art form, and a throbbing beacon and pulse for millions–has been elevated as well, if for no other reason than the best hip-hop artist with the best hip-hop album in years just won the best award the United States has to offer the humanities for the first time.

And the thrumming resonance across these realities is awe-inspiring.

12 Ways To Make Sure A Child Feels Loved

20 Simple Assessment Strategies You Can Use Every Day 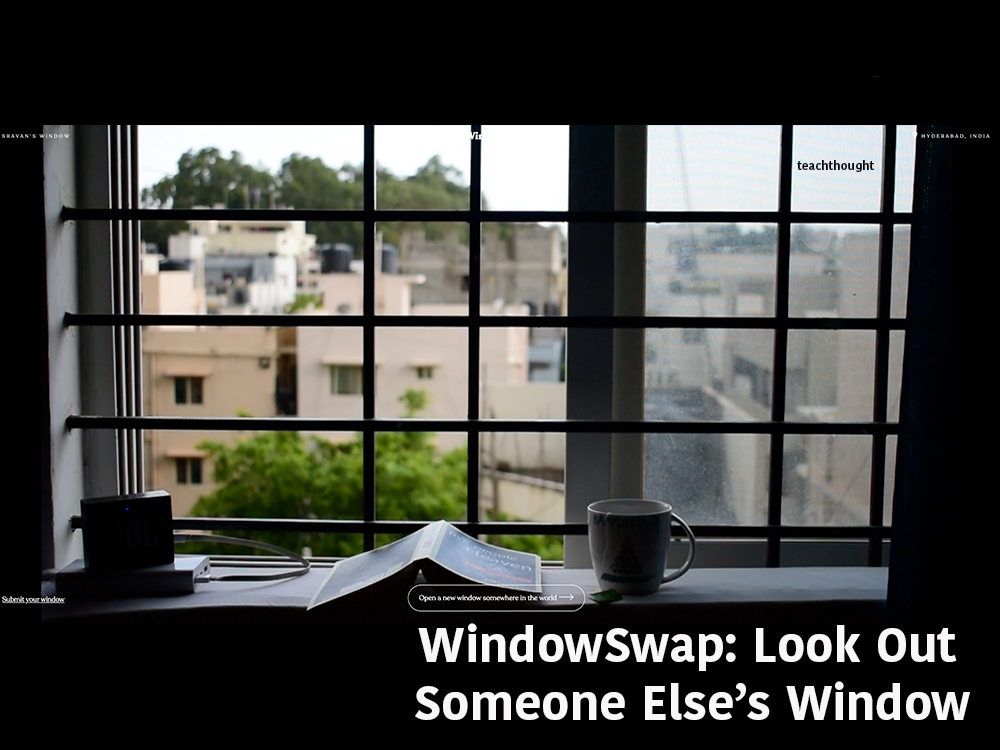 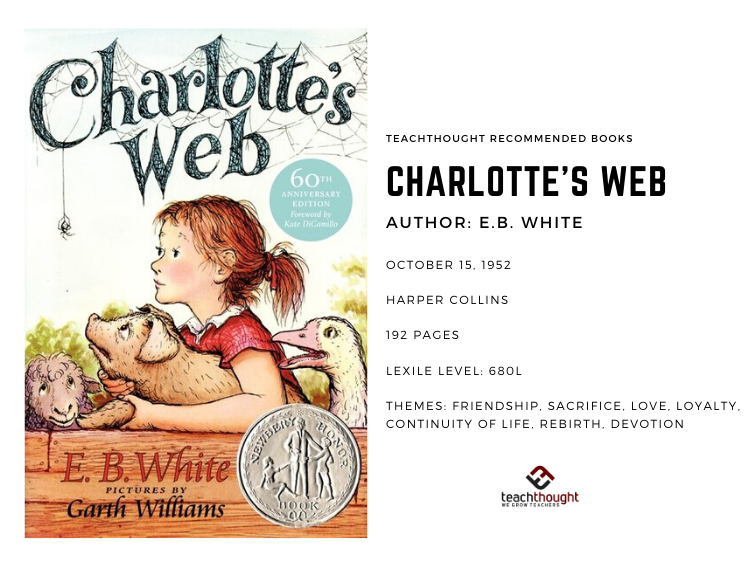