Every Teacher Is A Vocabulary Teacher

Vocabulary is a metric of thought.

Let’s think for a second what a word ‘is’–a collection of symbols with phonetic referents that are blended together to symbolize an idea. T-r-e-e isn’t first a word, but rather four letters that make four sounds that we blend into a whole that is unified under a universal. In this case, that ‘universal’ is a large plant with a trunk and a healthy canopy of leaves.

At least in my mind. Since it’s only a symbol, it refers to something that can be said to have tree-qualities–something that “participates in treeness.” Each symbol, then, is the result of synapses of varying strengths and contexts, as unique as a fingerprint. Your childhood had different trees than mine.

Without devolving into some nasty haranguing about syntax and semantics and Montague and all sorts of other mess, it’s likely you’ll agree that there is a lot going on in a word, and we haven’t even gotten into the distinctions conjured by connotation. Words are like clay, responding to their handling, warming and getting softer and changing again, each use leaving a kind of scar if you look closely enough. If I’m frugal, I’m a careful spender; if I’m cheap, I refuse to spend ‘enough.’

If I have a father, a pops, a paw, or a dad depends on my family and its history-they all refer to the same person, but each word tells a story that is miraculously complex. The idea that we even think through words is remarkable. We can’t help but turn barely significant impressions into language, the translation of which always loses something. I’m chilly is a simple sentiment you might think to yourself if you’re the opposite of warm. But there is a moment–that initial recognition of cold that you involuntarily turn that thought into language. Why?

While twitter can thank its existence for this uniquely human tendency, at a neurological level–which is, to say, your most fundamental base–the complexity is extraordinary. Everything takes energy. Why do we spend that energy on that translation? In speech, there is a cognitive movement that is both spectacular and depressing, the spectacle in the urgency of the translation, the depression because of the loss. We immediately move from the feeling to the phrasing, at a loss.

Just as there is a loss when translating from one language to another, there is also damage to ideas that are ‘phrased,’ in the same way that building a home out of wood loses the trees. Using language, the focus–destructively–becomes presentation. We frame thoughts; the meaning becomes secondary. And so the age-old problem of expressing ideas–your love to someone in words, or your anxiety to your doctor, or your wisdom to students.

This is all a matter of literacy. If we think in words, even at a secondary level, those words become the thoughts. The simpler our language, the simpler our thinking. To be able to be able to ‘put things simply’ is celebrated, but if we put them more simply than they actually are, we’re not being efficient, we’re being dishonest.

The nuance of thought should parallel the nuance we see in ourselves, and in the world around us. Shades of meaning promote precision in thought, and reduces the loss in translation.

Is it a fight, or is it conflict? Saying which is a matter of vocabulary, tone, and perspective.

Is it social upheaval or civil unrest?

Is it red or scarlet?

Is it indecision, apathy, or uncertainty?

It is information or knowledge?

The right word vibrates like music. It not only communicates well, but reflects well–it says what we mean to say while providing us the means to understand ourselves.

And this is why the vocabulary of a child matters. Vocabulary is a matter of meaning, which means it cannot be the ‘job’ of a single content area or teacher. 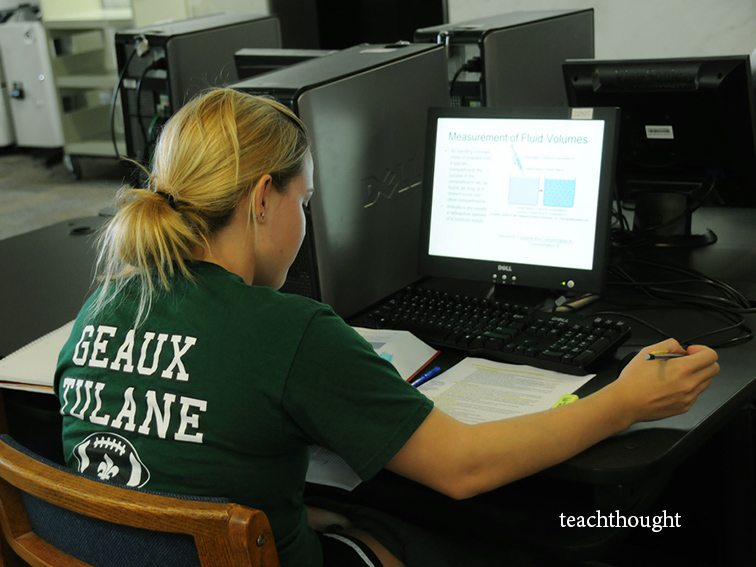 5 Levels Of Student Engagement: A Continuum For Teaching

It was already clear that students want to ‘do well’ for different reasons but now I could see a fuller continuum of student engagement.

Formative assessment strategies matter. Like a chef checks a dish for taste, teachers must make frequent, targeted checks for understanding.