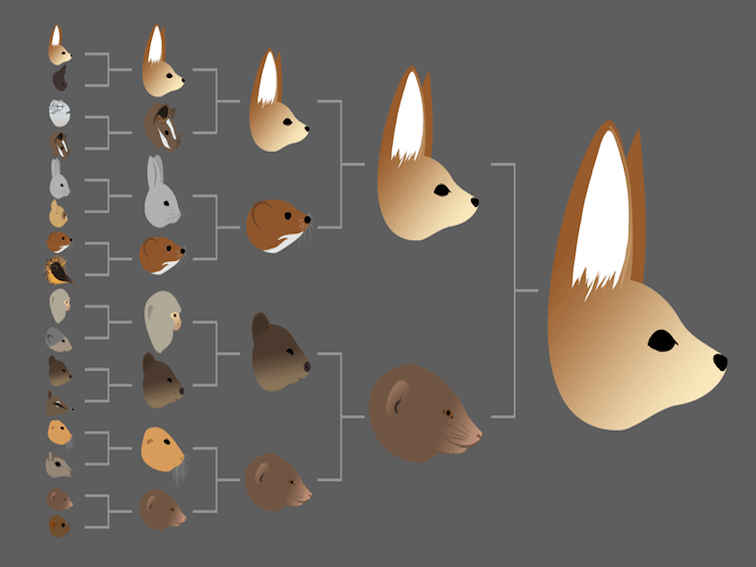 What do March Madness, mammals, social media, and science class have in common?

More than you may think. At a time of year when tensions run high due to state standardized testing and AP exams, hundreds of classrooms have been bringing biology to life in March Mammal Madness, an annual online tournament where real animals wage fictional battles and “win” combat based on attributes such as temperament, body mass, weaponry, armor, running speed, fight style, motivation, and physiology.

Students fill out brackets to predict the winners based on scientific research, and a fictional narrative is developed online to give the competition the play-by-play feel of a sporting event in this engaging and innovative lesson idea.

‘March Mammal Madness was created five years ago by Katie Hinde, an evolutionary biologist at Arizona State University, though now, she says, the competition depends on a whole team of volunteer scientists and conservationists: biologists, animal behaviorists, paleoanthropologists, marine biologists.

Hinde’s team meets every year for a Selection Sunday of its own. Team members pick the animals that will compete and even decide who will win, though they keep it a secret. That’s because a whole lot of research has to be done.

Each scientist is assigned a specific battle, then studies up and writes a battle story based on facts.

“Then the battles are live-tweeted as a dynamic, play-by-play story, much like someone would watch a basketball game,” Hinde says.

Those tweets link to scientific articles, videos, photos, fossil records — whatever the team can use to drop knowledge into the story./

The creator of March Mammal Madness, Katie Hinde, best summed up its appeal with the following: “I think it’s a chance to return to that time when science was all about the imagination and the wonder at the natural world. Science is narrative, and that is incredibly salient to the human mind.”

You can read the full article on NPR.