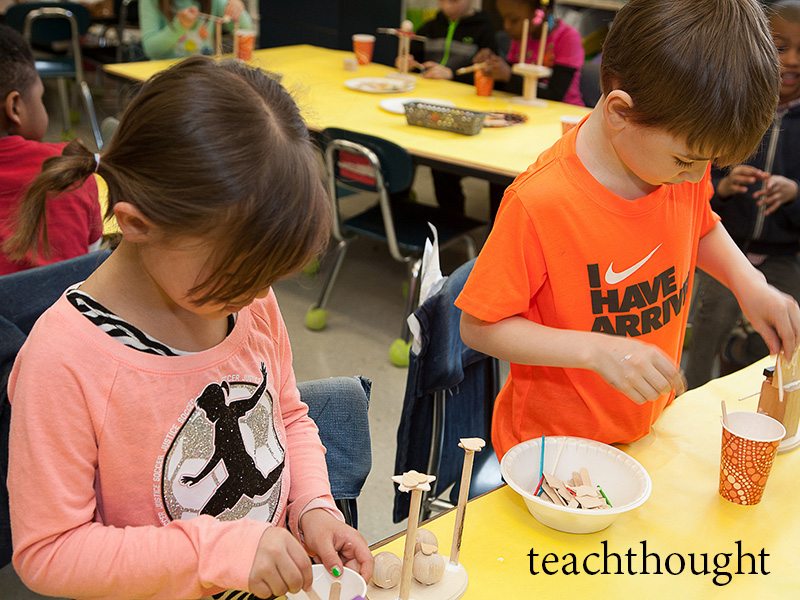 I happened to be in Paris the day of the terror attack, and it was a bit unnerving since I was at the American School. Our meeting abruptly ended as heightened security went into immediate effect, and I took the train back to Paris.

I seem to be bad luck: I was in DC during 9-11 (At NSF, no less), and I was in NYC during the first attack on the world trade center in the early 90s. So, I have had a lot of opportunity to ponder terror, our responses to it – and links to education generally (and UbD specifically).

No. Because we are talking about understanding and a lack of understanding – in this case, with very high stakes. It is crucial that we learn to understand – not like or respect, but understand! – why young men become alienated from civilized life broadly and school specifically, and resort to murder in the name of their understanding. In the language of the 6 facets, we have to have the courage and the intellectual integrity to empathize and have perspective.

Interestingly, when times get tough, as they are now, empathy is viewed as a sell-out, as dangerous, as providing respect and legitimacy to the Other, to the Enemy. But that is fearful thoughtlessness. Our only hope in facing this crisis is to better understand why people think and act as they do – whether we like or detest what they do. No good comes from dismissing them as ‘evil’ and ending all thought in our moral smugness.

It is not a stretch, I believe, to see our most alienated young people in school as similar in psychological state to these radicalized Islamic fighters. We have seen this play out in kids becoming gang members; we have seen it play out in school shootings by students. No good ever came from boys becoming increasingly marginalized and made to feel like outsiders and incompetents. That’s the pool from which Al Qaeda most successfully draws and it is the pool from which our lone wolf student shooters come. It is also, more mundanely, why boys drop out psychically from their work and just go through the motions.

What role, then, do we as educators have to play in this crisis? A very important one, I think. It is imperative that we aggressively fight bullying and all ‘softer’ forms of marginalization of students. But as importantly, it is imperative that we find countless ways–as part of curriculum–to make all learners feel competent and a part of something worthwhile.

A 7th grade girl, when interviewed by teachers as part of our summer institutes, said the most amazing thing when asked how she felt about ‘typical’ teaching. “The more the teacher talks, the more I feel alone and useless.” Pedagogy, as everyone from Dewey to Freire has noted, has a moral dimension, whether we like it or not. What we feel comfortable with is irrelevant; “What does the student need to prosper?”
is the only question that matters.

My mentor John Goodlad, who died recently, noted repeatedly in “A Place Called School” what the authors of “How People Learn” noted 20 years later: motivation to learn and to participate in learning is greatly increased when you are made to feel a part of something and made to feel more competent at something. That’s why I believe so strongly in athletics, Socratic Seminar, Band, PBL, putting on plays, etc. as a central not peripheral part of learning.

That is our moral mission as educators, because the alternative is more than sad. It is dangerous, harmful to both our broad ideals and to individual students who may not fit our picture of ‘good’ students.

I tell this story often: A student of mine, was a pain in the rear: biting, sassy, headstrong. I was advisor to the paper; he was editor. He got me in trouble a few times with his journalism. But I felt honor-bound to help him be a better editor and learner even as he made it difficult for all of us. Fast forward: Chris Hedges wins the Pulitzer prize in journalism for his work in Bosnia. I gather he is still cranky and challenging. So be it.

Let’s keep trying to understand our misfits, our loners, our pains in the ass, even in the face of these difficult times in and out of school. We just may save some souls and prevent some tragedies.

PS: A relevant piece via the NYT: http://www.nytimes.com/2015/01/09/world/europe/raising-questions-within-islam-after-france-shooting.html

This article was excerpted from a post that first appeared on Grant’s personal blog; Grant can be found on twitter here; Our Pedagogical Imperative: Making All Learners Feel Competent; image attribution flickr user skokienorthshoresculpturepark