Based on our statistics, you’re probably a much bigger fan of pinterest than flickr, but at one point in the internet’s brief history, flickr was all the rage.

As was myspace, but we digress. Flickr is a very good app.

And they’ve recently given themselves a makeover, adding a pinterest style interface, and giving everyone a terabyte of storage for free.

Which is a lot.

The following image does a good job of offering ideas of how flickr might be used in your classroom. Many of the given uses could also apply to other image sites, but there’s the whole free terabyte of storage thing that’s pretty enticing.

Rather than pintrest, which is more of a curation site, a better comparison to flickr might be Picasa, Google’s image service, and both have apps for both iOS and Android.

They also allow you to search by license, thought so does Google.

Whether students are telling digital stories, capturing personally authentic events with images, saving project-based learning artifacts in a digital portfolio, or one of the other given uses below–or whether you use Picasa or pinterest or something else entirely–the following image can help. 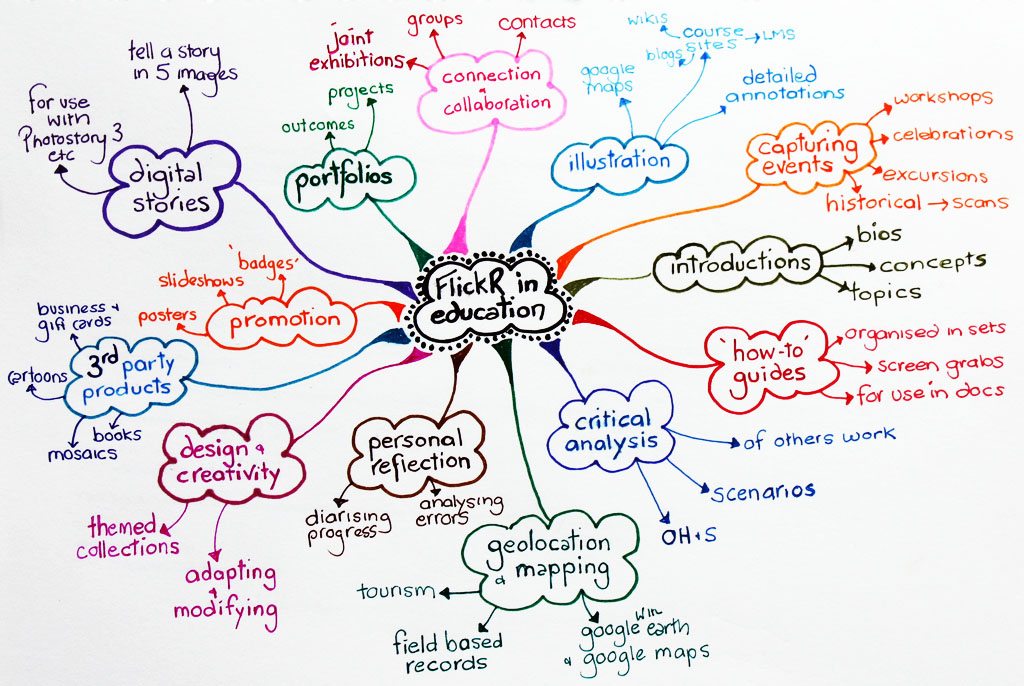