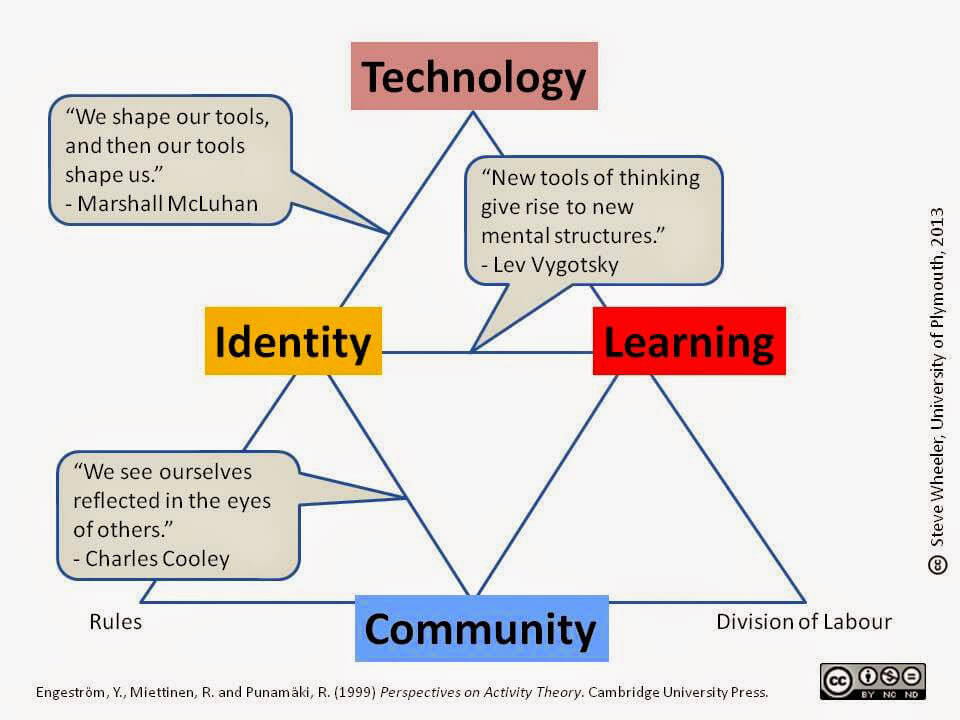 13 Ways Education Could Change In The Next 13 Years

Ed note: This post was originally published in 2013 and most recently updated in 2020.

We recently speculated on what education might look like in the year 2028 (see the link above), when today’s kindergartners have finished K-12 and beginning their work in the world (or college). The focus of that piece was technology, and how it might impact the way students learn in the coming decades.

This piece is similar, but a bit more focused on the pros and the cons of learning trends, and the ultimate impact they might have on education and society at large. Note that all of these pieces are necessarily speculative, presented to hopefully promote conversation, illuminate possibility, and help us to stop and think where this all might be headed.

13 Ways Education Could Change In The Next 13 Years

Modern learners must consume, evaluate, and integrate constantly changing data in highly-dynamic and visible contexts. In 2013 (when this post was originally published), most elementary schools were (are?) more less tiny high schools, with a balance of reading, writing, mathematics, geography, and other ‘core’ skills, while character training supplements academic work. Though that balance tends more towards literacy than it does in most high schools, this minor adjustment is insufficient to meet the needs of a modern world.

As society evolves at a more rapid pace than ever, literacy is changing, and elementary schools must respond in kind—with literacy not as a goal, but its sole purpose: Reading, writing, and emerging critical thinking skills. How? It could be that elementary schools will return to a role closer to that of the trivium—a classical education approach to learning that offers a learning sequence of grammar–>logic–>rhetoric.

In this approach, grammar doesn’t refer to parts of speech, but rather “discovering and ordering facts of reality comprises basic, systematic Knowledge–not only the rules developed and applied to the ordering of word/concepts for verbal expression and communication….This is the initial, self-conscious technique used in properly (discursively or sequentially) organizing a body of knowledge from raw, factual data for the purpose of gaining understanding (through logic) and; thus, also organizing the individual human mind.” (1)

This could also be accomplished through adaptive learning software, smart apps, and a blended approach to learning that mixes precise decoding instruction driven by personal learning algorithms, mixed with ‘human’ teaching of the art and science of media design.

2.  The demand for a new kind of assessment

Rather than measurement, true assessment is the process of uncovering understanding–figuring out what a learner does and does not understand, and moving forward from there.

A connected culture seeks to see and be seen—to measure itself based on the interaction with others. This replaces a more intimate ‘feedback loop’ of a close circle of friends and only intermittent sharing. Rather than dwelling with texts, revisiting writing, reflecting on thinking, or extended conversations, everything here is fragmented across digital screens and a half-dozen communities.

The ability to be heard at any point in the learning process has significantly changed both our self-image and the sources of curiosity. For better or worse, thinking is now often social, and the traction an idea receives in chosen communities will act as a form of assessment—not so much of truth or innovation, but accessibility and even popularity.

The learning feedback loops today are different than they were two decades ago.

As access to information increases and social chatter reaches a never-ending crescendo, the need—and impact of—hundreds and hundreds of academic standards changes. In the current model, many students may master a ‘proficient’ number of select standards by achieving a pre-determined ‘cut score,’ but still fall short of being able to find, analyze, and use information in new and unfamiliar situations. This is a significant failure that isn’t a matter of ‘instructional adjustment,’ but a new approach to why, how, and with whom students learn.

Which means the codex of academic standards that drive public schools today must change in quantity, scale, and function—or fall into the background completely.

4. Personalized learning will disrupt how we think of curriculum

Personalized learning isn’t just about differentiated content, but rather just-in-time, just-enough, just-for-me access to authentic and accessible learning resources. ‘Curriculum’ is a flexible enough term that it can bend to accept new approaches to learning, but ultimately, it may be replaced entirely. Learning playlists will serve as a middle ground between top-down pedagogy, and pure heutagogy, just as blended learning bridges current K-12 models with eLearning. (See also, Chloroforming the Unit.)

Math, science, social studies, and literacy have been the pillars of modern education for over a century. But in the face of an uber-connected and technologically-driven world, new perspectives naturally emerge. Rather than ‘content areas,’ it is now possible to unify learning experiences by new criteria, including the ability to use specific technologies.

And this assumes they need to be unified at all.

This doesn’t mean traditional content areas are unnecessary, but rather that new, more robust–and hopefully more interesting and rebranded–themes are necessary to naturally aggregate content. For example, ‘Design’ can merge math, science, and sociology to provide both a playground for arithmetic and an authentic need to know and create for authentic purposes in a true ‘Maker Movement Culture.’

6. Certification could be supplemented by avatars

The need to see and be seen has fostered a culture of spectacle, where image, visibility, interaction, and access trump critical thinking and patience. As people seek to continuously brand themselves—just as corporations have been doing for a century—the result could be the same in education: human identity based on reputation, portfolios, and data rather than intimate and authentic human interaction, and iterative understanding.

7. There could be a shrinking demand for some forms of certification

Dominated by digital media, social media, video games, and an increasingly blurred line between them all, the work a connected, 21st-century adult ‘does for a living’ is taking an unprecedented number of forms. Unable to keep up with this explosion of ‘careers,’ many academic institutions (which were paid larger sums of money to prepare for careers in law, medicine, and engineering) may see the end of—or radical rethinking of—’certification,’ a relic of a time when people, information, and communities stood still.

Certainly, specific fields will continue to require highly-specialized training, and provide universities with a lifejacket–or motivation to rebrand themselves as cultural cornerstones of wisdom.

Growing discontent with a corporate-dominated world, a fresh demand for equity, and the democratization of information access will cause the rise of ‘good work’ where hyper-interdependent students seek to understand the ultimate impact of their work on the world around them. The days of ‘going to school to get a job’ could be slowly replaced by ‘critically learning so that we come to understand what must be done.’

This shift causes schools of all levels and sizes to respond.

Networks trumping content is an odd possibility—the idea that who you interact with becomes more important than what you study or desire to understand. But it’s already happening–and it doesn’t have to be all bad.

Imagine a community of artists, doctors, or engineers that gather, exchange ideas, and interact on a consistent basis. This kind of interaction would offer a very organic form of value exchange and even “intellectual conditioning,” and membership in such a community would provide a learner with considerable opportunity to acquire knowledge, forge relationships, and pursue apprenticeship.

Of course, this depends on the community and the nature of one’s membership within it. (Think reddit.) Whether this is truly ‘bad’ or not is subjective, but in a community—especially one digital—where connections are often superficial, huge in number, and based on convenience and the nature of the platform itself, subsequently losing that community is similar to losing content mastery. Which is bad.

10. The Maker Movement could spawn a design and/or entrepreneurial “culture” in education

Tinkering with physical and digital tools encourages playfulness, creativity, and a relaxed state of mind where genius has room bloom. Just as project-based learning has taken years to find credibility in the average classroom, the Maker Movement will as well but could see an accelerated implementation in light of the natural thinking patterns of the 21st-century students.

Whether through adaptive learning apps, ‘1:1 blended learning,’ personalized learning algorithms, or self-directed learning, the future of learning is undoubtedly mobile, personal, and self-directed. Whether it is effective or not depends on what exactly is being ‘personalized,’ but ‘getting out of the way’ and focusing on how to learn rather than what to learn is a shift difficult to fault.

Or begin to anyway.

While autodidacts, homeschoolers, unschoolers, and apprenticeships are currently the ‘fringe’ of education, that could change. As the focus of learning shifts from pure academic proficiency to a tone more open, fluid, and self-directed, many will naturally resist such a change. Those that believe in the value of top-down, compliance-based, text-driven, test-centered, letter-grade approach will catalyze a fringe return to a “golden era” of academics, including focus on classical education, failure and success, academic standards, good grades, and professional preparation.

Socioeconomic realities will keep such a trend from finding widespread traction, as public schools continue to experiment with new approaches to learning, and spend their budgets in pursuit.

13. Curriculum will change, both in form as well as content

Evaluation of learning will see the ability of students to merge content and access high-value content areas as leading indicators of understanding. ‘Mastery,’ ‘proficiency’ and related terms become old language from an era of closed and institutionally-controlled system of education. New notions of ‘mastery’ will focus not on academic standards, but media literacy, problem-solving, networking, and other critical strands of a modern, technology-driven society.