A Letter To Parents Of Digital Age Children 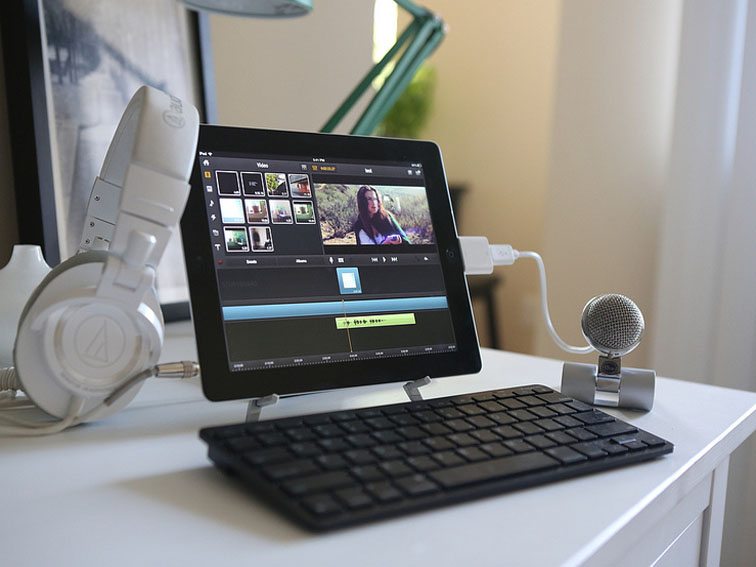 A Letter To Parents Of Digital Age Children

A Letter To Parents Of Digital Age Children by Susan Lucille Davis first appeared on gettingsmart.com

First, let me thank you for entrusting me with teaching your children, honoring the amazing individuals they are, and helping them discover the confident and empowered young people they can be. Providing a rich and engaging environment for your children to learn in is my utmost concern, but Iately I have had to acknowledge that the young people I see every day do much of the learning that is important to them when they leave the parking lot and head home from school. Thus, I am writing to solicit your help.

For a long time, I have bemoaned how as teachers we have allowed a generation of students to explore the Wild West of the Internet largely without our guidance. I am happy to say that as educators, we are starting to catch up and tend to our students’ needs. But the world of learning, especially learning online, is way bigger than we ever imagined, and to do what needs to be done, we ask for your help.

Back in the early days of the Internet, I became a step-parent to two young girls. One of them was quite fearless in the emerging digital world, while I was, I admit, just plain naive. One Saturday night in the wee hours I found my step-daughter and a friend who was sleeping over at the computer, chatting online. I quickly dispatched them off to bed. Years later, I found out that they were visiting a questionable chat room where a stranger was vaguely threatening them. Fortunately, the girls were more afraid of getting in trouble with me than they were of this unknown stranger, and nothing came of the event. But the scary part is that I never had a clue about what they were doing.

More recently, on a trip to the airport, I encountered a driver who shared with a kind of puzzled pride how his teenage son had recently launched a digital start-up with a friend from Australia he had met online. Not yet in college, this seventeen-year-old son of a Pakistani immigrant had connected with a like-minded geek with whom he had begun sharing ideas for creating apps — and soon a business was launched.  His mystified father shook his head as he told this story. “I don’t know how he did that,” he said.

In both stories, the parents who might have guided and advised these young people were largely absent. In the first story, I certainly wish I had taken the time to talk to my step-daughter and her friend about what they were doing. I should have asked them to share what they were exploring, and I might have helped them learn how to handle unwanted attention from strangers — an important lesson for their digital explorations as well as their day-to-day lives. In the second story, a fearful or overly concerned father might have nipped a creative enterprise in the bud; yet, a different father who had started and grown his own businesses might also have offered some crucial advice to his entrepreneurial son. Instead, he just looked on from the outside and marvelled at how his son got lucky.

The lesson for parents and teachers alike is that we need to be active, trusting, and respectful participants in the digital lives of young people. Thus, I humbly offer a few suggestions for parents of digital kids.

1. Teach your children how to cross the digital street

Our young people are still learning their way around the digital landscape largely on their own — when what we need to do is confidently take them by the hand, show them how to look both ways, and cross the street with them — at least at first. That means staying up-to-date about digital safety, the rules of the road, and what’s going on in the neighborhood. Finally, we need to foster the kinds of personal relationships that encourage our kids to talk about where they are going and what they discover along the way (their successes as well as their mistakes) once we let them travel on their own.

Edutopia’s video library, “Digital Generation: Parents,” is a good place to start.  If you want to understand the big picture of the impact of the digital transformations on the current generation (as well as the rest of us), you might also read Clay Shirky’s Cognitive Surplus (on social media) and Jane McGonigal’s Reality Is Broken (on video games). If you want to try to keep up with the moving target of day-to-day digital parenting, I recommend Marti Weston’s information-packed, down-to-earth blog, Media! Tech! Parenting!

Share what you learn about their digital world with your children. As you model your own learning about that world for them and as you explore their digital world along with them, I have a hunch that those important conversations about online spaces and unwise behaviors that have been waiting for “the right time” to emerge just might start to happen spontaneously.

Most parents I know bend over backwards to find the right camps and after-school programs to help their children become better musicians, athletes, actors, programmers, or artists. Just think how you might broaden their experience even more by guiding your children towards the tools and communities online that can help them learn the skills they most want to master.

I am continually inspired by Adora Svitak, who, according to her website, “published her first book at age 7, began teaching through distance learning at age 10, spoke at the prestigious TED conference at age 12, [and] organized her own event (TEDxRedmond) at age 12.”  But it is Adora’s parents who first gave her a computer and encouraged her to write and her mother who has guided her career ever since. Without her mother’s support and guidance, who knows how Adora might have ended up.

Equally inspiring is nine-year-old Martha Payne, whose blog NeverSeconds, about the lunches served at her school in Scotland, sparked a national controversy about school nutrition that attracted the attention of celebrity chef Jamie Oliver. Encouraged by her teachers and with key support from her father, Martha has now expanded her blog to include guest spots by peers from Korea, Finland, France, Brazil, and the U.S. to raise awareness about food and nutrition. She has also raised more than $95,000 for Mary’sMeals to feed hungry children around the world. Read more about Martha and her blog (published under the pseudonym, Veg) in this article by Liz Hull that appeared in the U.K.’s Daily Mail (June 15, 2012).

“For the first time ever I have seen at lunch cherry tomatoes, radishes, carrot and cucumber shreddings. I didn’t see any watercress but I may have missed it. I chose macaroni cheese, mashed potato, cucumber and peppers. The macaroni cheese is always good but I could always eat more. I was asked today for the first time, ‘Is that enough for you?’. For my dessert I had red jelly which tasted of strawberries. I liked most of the changes and I hope it will be the same tomorrow.” – Veg (Martha Payne)

Now, just imagine what might happen if you helped your child find the right tools to perfect, grow, and share his or her special talents across the globe in digital spaces.

Some people call it a digital footprint, others a digital tattoo. As a parent, you are no doubt concerned about the possible missteps your children may take online as they (or their friends) share private information and media without thinking about the ugly repercussions that might result in the future. You may also want to take an active role in guiding your child as he or she documents the positive stuff — an emerging talent or an amazing self-motivated project, for instance — in an ad hoc digital portfolio. In the end, though, it’s the same thing: helping your children manage the digital “brand” that will follow them for life.

Will Richardson, who writes frequently on this subject, argues in “Publishers, Participants All”  (Educational Leadership, February 2011) that although your children are already comfortable interacting online, they don’t yet necessarily know how to translate their skills into products that show them at their best. Although our young people play around with online publishing as a way to communicate with friends, most haven’t yet harnessed their media and Internet skills to produce quality work that can help their digital resumes.

Thus, parents can play a crucial role in helping students, in Richardson’s words, create “a portfolio of work that is both public and interactive, that reflects the potential of the online world and that serves as a solid foundation for a lifetime of participation online.”

We need parents to act as important models and supports in their childrens’ explorations online. We need, parents and schools alike, to get past the fear that holds us back from connecting with young people when they need us most. Only then can we help them travel far and learn from the journey once they cross the street to encounter the world.

Are Google+ Hangouts The Future Of Professional Development?

The Impact Of Technology Reading List: For Some, The Internet Is Utopia

These are great tips, but in many cases, our parents need to be taught these very tips and shown how to use the computer and internet too. Just because our students are growing up in the digital age doesn’t mean that they are digital natives. We need our parents to feel empowered and confident to be able to show their children the rights and wrongs of the interwebs.

It would be more effective to see speech/video made by Susan, istead of reading this text.