The Evolution Of The Khan Academy 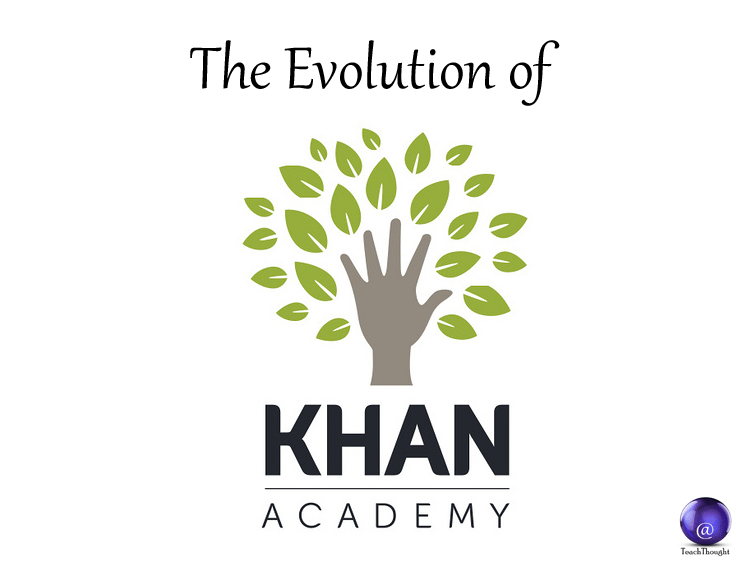 The story is well-known by now.

Sal Khan was tutoring his cousin Nadia as she struggled with unit conversion. Using videos, he tutored her remotely using Yahoo Doodle. Eventually, the tutoring became more comprehensive and included more math–which meant more videos, a YouTube channel, a Bamboo tablet, and eventually the website with thousands of videos that has taken education by storm.

Starting small and building through increment, some guy that let the world look over his shoulder while he tutored a family member is now a global institution for not only math tutoring, but providing a model for the possibility of admittedly humble but simple and accessible learning actuation.

The Khan Academy is following the lead of social media and modern start-ups and taking a data-driven approach.

While data can sabotage teaching efforts and instructional and curricular revision, properly extracted and applied it’s obviously a keystone to anything clinical–or anything that’d benefit from behaving more clinically. Medicine, business, and sports all suffer the ire of data imposition. Why not learning?

In the video David Hu, a Software Development Intern at the Khan Academy, discusses how they are evolving data collection–and also how they are improving its function and accessibility for classroom teachers.

But he also discusses something else that’s perhaps more important–a shift away from the linear, sequential, video/stack/practice approach they’ve taken in the past with an exciting new idea.

In case you missed it, the Khan Academy is now helping learners understand code with a launch of a new Computer Science initiative. Using the video-driven approach of their math (and biology and chemistry and finance and health care and physics) content areas, they’ve expanded to help learners create shapes, color, and motion using the letters and numbers of computer language. While this is old hat to platforms like the Code Academy, marrying it to the robust offerings of the Khan Academy–and the comfort level of millions of existing users–has potential.

In this model, Hu clarifies, students are “learning for themselves. Not to accrue points, and not because someone told them to, but because they genuinely want to learn.”

What the future holds for the Khan Academy is really only limited by their own ambition. They have a huge head-start on other education start-ups, and have already found traction in classrooms across the planet. Literally across the planet.

They are also starting to take their approach to learning more seriously, especially in the face of some criticism from educators who want to see smarter approaches to “instruction,” and more compelling data it’s worth own efforts to implement these resources.

If nothing else, the Khan Academy has shown what’s possible in eLearning with a little bit of vision and sticktoitiveness .

And that, perhaps more than anything else that education–in its immense desire to improve itself–at times over-thinks things, and could learn something from the simple approach of engaging, self-paced interaction between a learner and content.

14 Examples Of Innovation In Higher Education

Competency-Based Education isn't necessarily an example of innovation in higher education, but a shift towards it can lead to more...