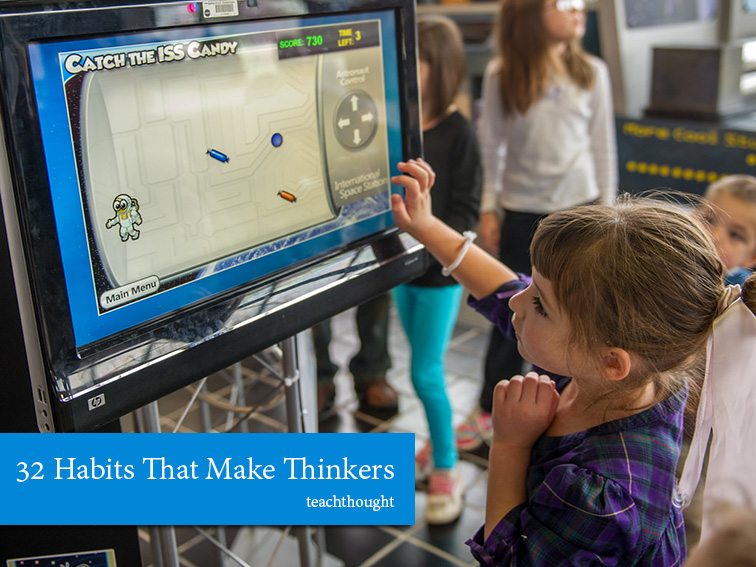 The difference between students and learners is something we’ve discussed before. On the surface it’s a matter of tone and compliance, but it also has to do with purpose–why are they learning? How much of themselves are invested in the process? And does it lead to personal change, or mere performance?

So below are 32 habits–or strategies, actions, or behaviors–that can lead to that critical shift that moves students from mere students to learners who are able to think critically for themselves. Key themes? Patience, scale, and perspective.

1. Doesn’t always seek to please others

2. Is a charismatic listener

3. Can learn from anything

5. Is comfortable with uncertainty

6. Writes for their own understanding, not performance

8. Thinks laterally, endlessly connecting this to that, here to there

10. Can move back and forth from micro to macro thinking

13. Studies the nuance of things (because it’s interesting)

14. Sees every situation as something new, because it is

17. Relates humility to learning, and vice-versa

18. Can instantly separate fact from opinion

19. Resists confirmation bias (i.e., they instead analyze then draw conclusions)

21. Articulates their own thinking without prompting (often creatively)

23. Socializes thinking for collaboration rather than approval

24. Sees learning as inseparable from living

25. Reflects for analysis rather than judgment

26. Uses emotion to catalyze their intellect

28. Plays with ideas (without being told)

30. Demonstrates an insatiable curiosity for something (may not always be what’s academic or convenient)

31. Seeks to be both rational and ridiculous in their thinking

32. Shows patience (by “dwelling with” questions, texts, or problems)

33.  Finds the complexity within the mundane