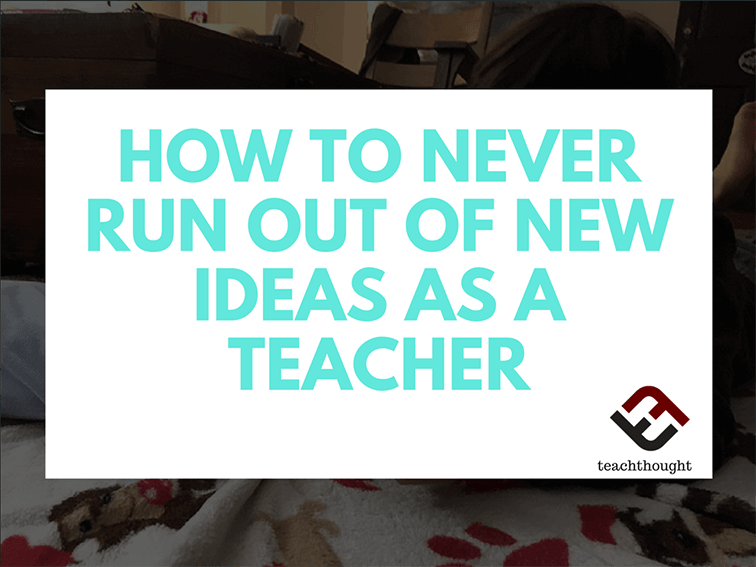 As an educator, ideas are everything.

If educating, as a verb, was merely a matter of execution, ideas would be less important. In a standardized circumstance for example, like a factory, new ideas have less value than they do in an architect’s studio, family farm, or marketing firm. In that factory, ideas come from the top down, and enacting them is the rhythm of the place.

Your classroom can sometimes feel a bit like both, depending on your mindset. But the more new ideas you bring into your mental landscape (i.e., your mind), the more efficient and creative and innovative the learning experiences of your students have the chance to become.

New ideas will also keep you invigorated in your craft–not just ‘professionally developed,’ but curious, awe-struck, and playful. How you approach your teaching can affect how students approach their learning.

With that in mind, I thought it might be useful to clarify where some of these ideas come from and/or how they come to be, so that you can benefit from them as the extraordinary arbitrator of passion and knowledge that you are.

This is going to read a bit like a list, but I don’t feel like making a list so you’ll have to skim. The first ‘place’ you might value as a teacher for new ideas is also the pre-eminent place–the origin, landing place, and experimental space for every thought and emotion and creative spark you’ve ever had: your mind’s imagination.

Jumpstarting this is kind of the point of the post, but risking circular reasoning I’ll go on to say that how you think dictates what you think. If you’re in the habit of taking one thing–let’s call it X, and toying with it until it becomes X+1 and then 3X and then XB, you’re already creating new ideas. If you stick only to the intended function of a thing, you’ve lost this opportunity.

Imagine, for example, ‘X’ is an assessment form–a multiple choice test. ‘X+1″ would be adding some minor twist to the form–one extra or one fewer choices, or changing the font and color of the same on a digital app. ‘3X’–really making a change–could be asking students to take incorrect MC items and create diagrams for why that answer is incorrect, and ‘XB’ could be an adaptive learning algorithm on MC items that is personalized for each student based on their performance not only on that test, but on previous tests, reading level, or mood that day.

The point is, the best source of creativity is to be playful with what’s already there. This reduces the inertia of creativity, because you’re working with parts you’ve already got, and the ‘implementation time’ is nearly zero. It’s ready to go right away, and the cost to your creative stamina is low to boot.

Another way to keep your teaching mind fresh is to think like students think. To do this, you’ll have to really listen to them–and do so without ‘pre-framing’ what they say into teacher talk. We can be guilty of this in every area of our lives. When I listen to my own children, I sometimes find myself leaping ahead to what I think they’re going to say, considering how I’m going to re-direct them to something less work for me, or simply placating them so that they ‘feel’ heard (but really aren’t). 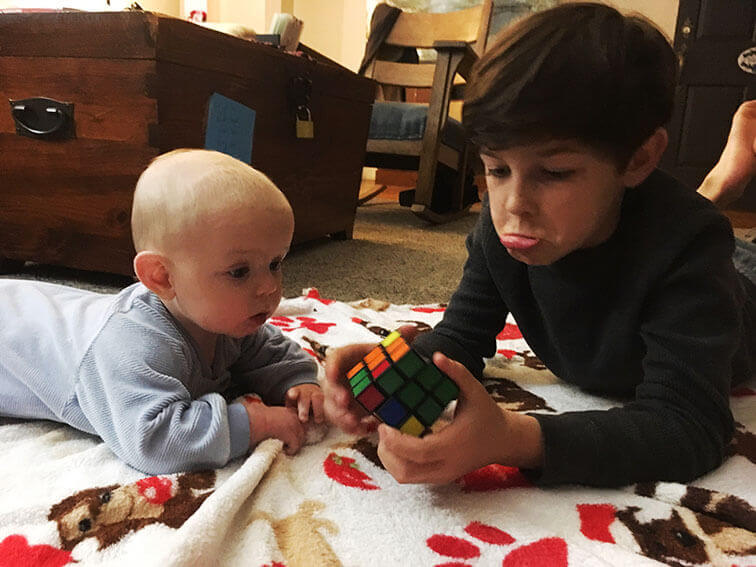 To think like a student, though, is to see what motivates them, how they see themselves, where their ideas come from, and what they tend to do with them once they’ve got them. Children have energy that adults can’t begin to replicate, but we can sit back and learn from the thrum and leaping arcs of their emerging personalities.

Where else can new ideas come from? Look back. What were you doing your first year of teaching? What did you do in school as a student that you’ll never forget. And why–why is it unforgettable to you? What were they doing in educaiton 50 years ago? What did Vygotszky and Piaget and Skinner and Dewy say? Look back. Everything old is new again. Combine, adapt, and adopt.

To that point, look forward. Where are we headed as a society? What trends seem so strong they’re worth understanding and growing alongside? What about technology–what’s it ‘doing’? What is technology doing to education? (See: 30 Incredible Ways Technology Will Change Education By 2028.) Think big picture, not small device. What’s really happening around us?

Your professional learning network is another way to make sure you’ll never run out of new ideas as a teacher. If that network is well-designed–full of diversity of thought, a range of resources, and both emotional and collegial support, among other factors, you’ll undoubtedly generate new ideas. If, however, you sit on twitter and skim certain twitter chats hoping to be inspired, you’re more likely to experience the opposite.

And in addition to thinking like students, if you want new ideas, ask them! What’s cool? What do they see? What bothers them? What excites them? What new app/community/style have they discovered, and what lesson can you take away from it.

Like the other ideas here, this one isn’t magic. Just like a great teacher can teach with anything, a great learner can learn from almost anything. For this to happen, the right mindset has to be in place so when little Jimmy plays a new song for you, your mind is ready to survey, identify, and arc outwards with the electricity of new thinking.

This means mindset is everything, which I’m going to writer about soon. We often hear about having a growth mindset, and this is useful. But simply having a persistent sense of curiosity can be enough to constantly provide your craft with new ideas.

Also, read. A lot. It not only gives you new ideas directly in a didactic sort of way, but it quiets the mind so that you’re in a state of being that is more conducive to new ideas. Pop culture is another source–movies, YouTube, music, video games. Also a site (like TeachThought), a well-pruned social media feed, or a social RSS reader can also be useful.

Of course, simply coming up with new ideas is only about 20% of the battle. Understanding the value of an idea is a cornerstone of wisdom. Sometimes we need fewer ideas and more affectionate integration of the ones we have. We also have to then not lose the enthusiasm and spark of that new idea. What use is it to become excited about something new, only to deliver into the minds of students stunted and lifeless?

It just might be that the secret to never running out of new ideas as a teacher is to shorten the distance between you, students, and the curriculum they study. Make the wires taut. Minimize the connections and diodes. Declutter the motherboards.

Make space for the students to interact with ideas on their own terms in their own place, and let the watch the new ideas start popping in blues and whites and other tiny fragments of light.