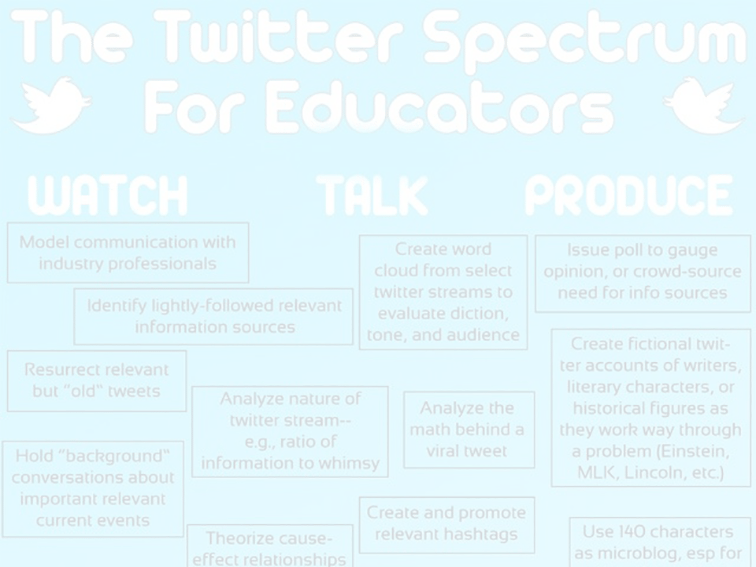 25 Ways To Use Twitter In The Classroom By Complexity

The following spectrum takes a new approach for using twitter in the classroom.

While other posts offer a list of ideas, the following spectrum is roughly structured to increase in complexity from left to right:

Watch, which is passive.

Produce, which implies an even greater interaction between an audience, a purpose, and a media design–in this case, using twitter to actually produce something original.

There’s no other explanation necessary really, short of explaining exactly how to do each. We’ll have more on this concept soon, including a similar spectrum for the iPad.